After being named MTV Asia’s Spotlight Artist of the Month, fast-rising P-pop girl group BINI has revealed the full tracklist of its debut album, “Born to Win,” ahead of its release on streaming platforms on October 14. 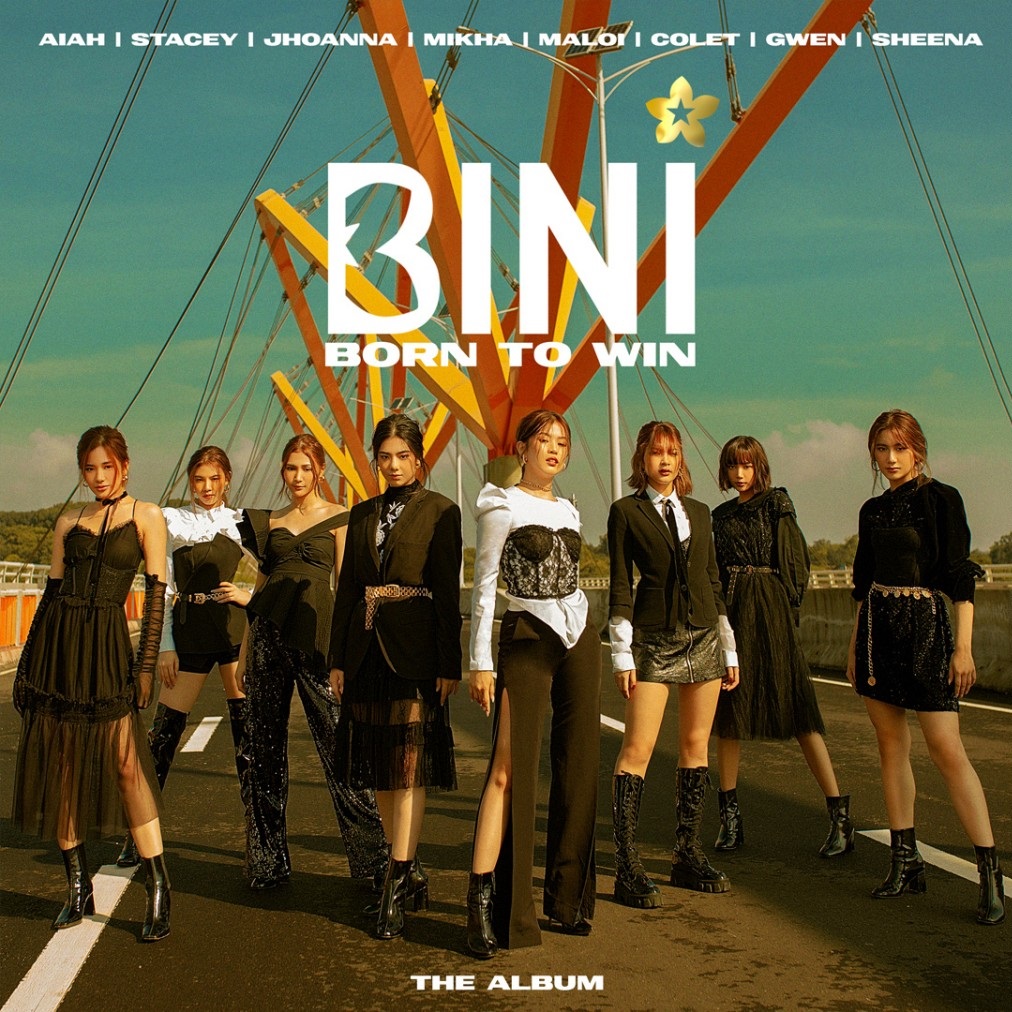 BINI’s journey, passions, and what they stand for as a group are showcased and celebrated in their album, which will include original tracks “Golden Arrow,” “B HU U” featuring rapper Kritiko, “Nanana,” “Kinikilig,” “8,” and “Here With You.” The album will also carry the group’s debut single “Born to Win,” its Bahasa, Japanese, Thai, and Spanish versions, and the feel-good inspirational bop “Kapit Lang.”

Fans can also anticipate the dreamy, retro-tinged “Golden Arrow” to get the ‘single’ treatment as its music video drops on October 14 to coincide with the album’s release.

Last week, the octet dazzled pageant fans with their opening number at the Miss Universe Philippines 2021 coronation night where they performed “Born to Win.” The bouncy track’s instrumental and EDM versions also served as the background music for the preliminary swimsuit and evening gown competitions. 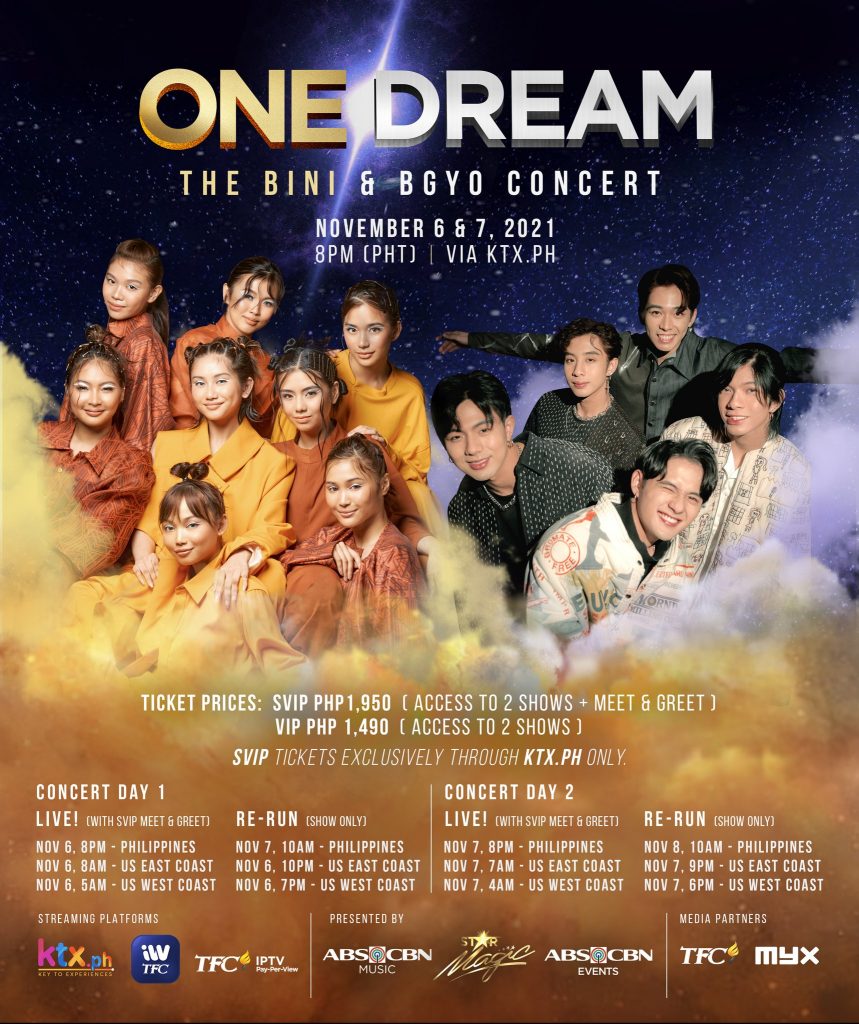 BINI and its brother group BGYO are also kicking their back-to-back album rollout into high gear as MTV Asia’s Spotlight Artists for October and November. Fans of both groups can look forward to exclusive weekly features, interviews, and performances across the music channel’s various platforms.

Before BINI drops its album on October 14, BGYO will release its debut album, titled “The Light,” on October 7 (Thursday). 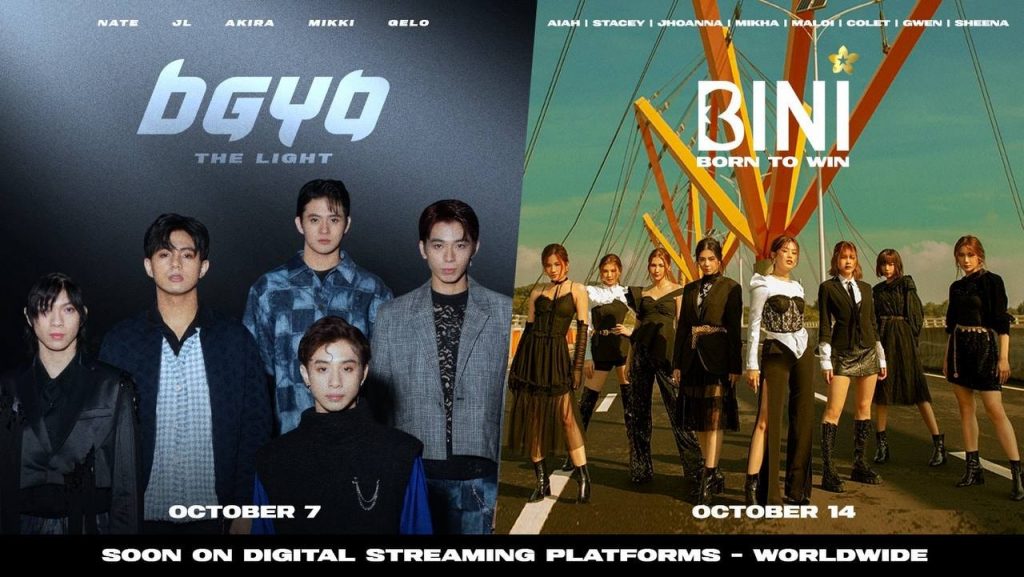 BINI and BGYO are also gearing up for their sibling concert, “One Dream: The BINI & BGYO Concert,” which will be streamed worldwide on November 6 and 7. VIP tickets are available for P1,950 or US$39.99, which includes access to the two shows and fan meet on KTX.PH. VIP tickets, meanwhile, will be sold at P1,490 or US$29.99 on KTX.PH, iWantTFC, and TFC IPTV and will provide access to the two shows.

Fans can also watch the sibling groups’ docu series called “One Dream: The BINI & BGYO Journey,” which lets fans in on their preparations for their upcoming sibling concert and streams for free on the iWantTFC app and website.