The MYX Awards 2021 is another history in the making as the virtual music awards night, happening on August 7 (Saturday) at 8 pm, will feature stunning performances from today’s hottest local and international artists.

Also joining the show are Luis Manzano, Gerald Anderson, James Reid, Maymay Entrata, and Ogie Alcasid, plus other surprise celebrities as presenters of the awards. 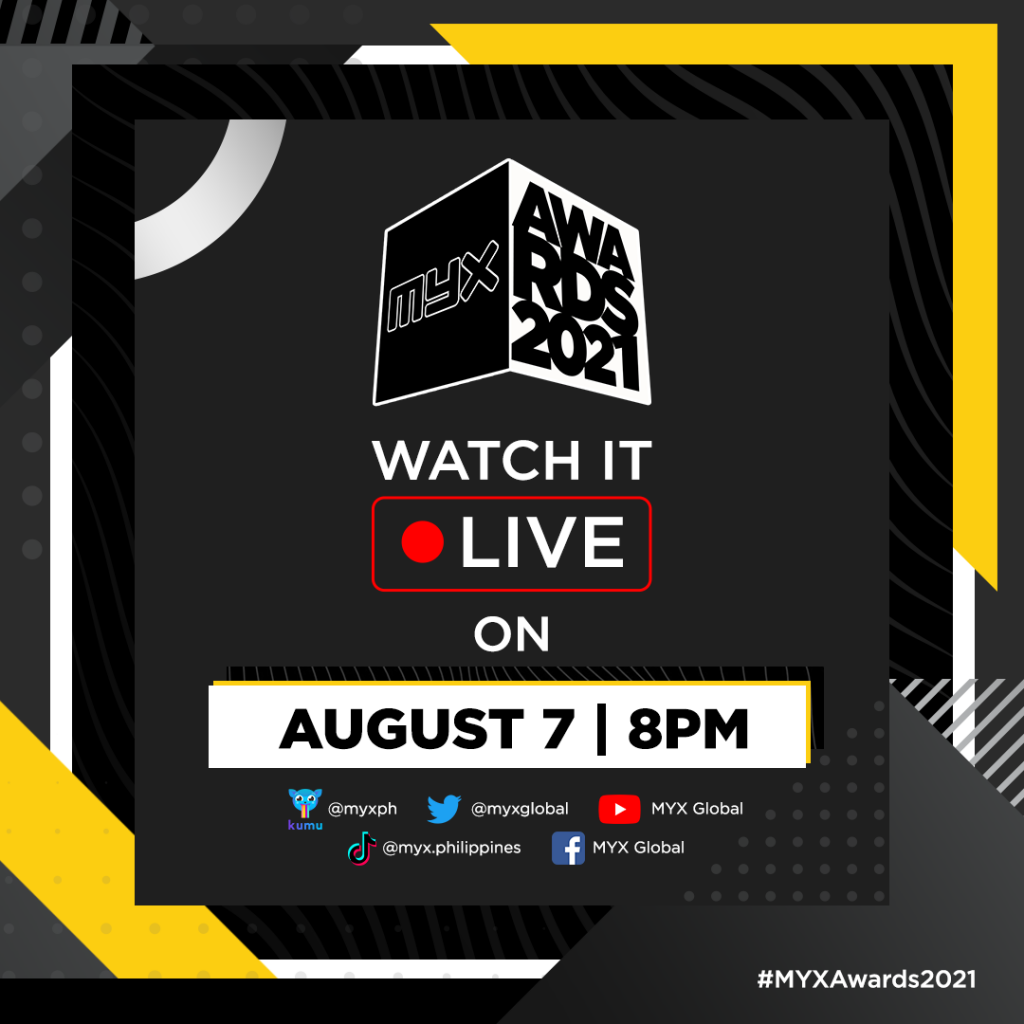 For the first time, the event will also give out the special award Kumu Music Streamer of the Year for the most popular music streamer on Pinoy community app kumu.