Frances Forever, the project of Boston-area singer-songwriter and soon-to-be college graduate Frances Garrett, has announced the impending release of paranoia party, their debut for Mom+Pop and first EP since the TikTok explosion that followed the release of “space girl” catapulted the track onto 57 Viral Spotify Charts worldwide with 80MM+ streams globally. paranoia party further seals their fate as a breakout act, showing off Frances Forever’s mastery of vintage texture, velvety vocal harmonies, and command of 2021 attention spans in equal measure, balancing their familiarity with emotional extremes with an undeniable ear for melody and a gift for timeless songwriting. From the doo-wop glaze of opener “depression” to the horn-flecked indietronica of “daytime,” paranoia party carves its identity from stopovers in darker, braver territory as Garrett spills their guts about fumbling their own power. Those enchanted by “space girl” have plenty to root for too, though, as the EP’s title track serves as its boldest mission statement, stacking a story of college-party anxiety against a circus-tent waltz that glitches and stutters in line with Garrett’s narrative confidence. In conjunction with the announcement, Frances Forever have shared a video for “paranoia party” (watch it here) and launched pre-orders for new merch from which $1 of each sale will go to The Ally Coalition. 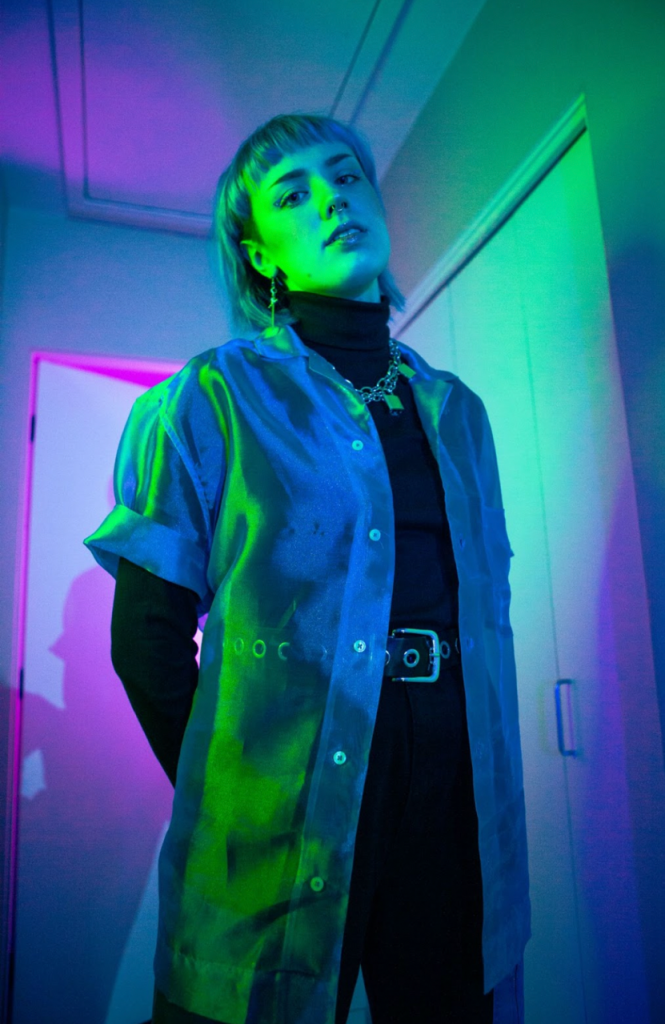 Speaking on the title track, Garrett states, “I wrote the song after actually going to a party and realizing I didn’t know anyone there and I just didn’t feel like myself. It was just like strangers all around me. That’s why [I wrote] the line ‘my minds going 50, my body’s going heavy’ – feeling like I can’t move and my mind’s racing, just a sense of anxiety surrounding that. Then you’re in a room surrounded by strangers and all the weird unfamiliar smells and disassociating a lot. This EP is all about feeling alone in a crowded room,” Garrett continues. “I’m hoping that listening to these songs will help you realize that everyone in that crowd feels the same way. Let’s share our troubles, softie sophomores.”

“space girl” took flight this past Fall, bolstered by a healthy appetite for the song on Tik Tok and DSPs, and continues to grow with over 500k average daily streams, and over 550 million video views and 550k videos created on Tik Tok, in addition to a reissue with fellow rising star chloe moriondo. Coming off this wave of success, Frances Forever has set their sights on a world far larger than the one they began to conquer. On paranoia party, their claim is staked more definitively than ever, its myriad moods promising to send listeners reeling into romance or off floating in existential space. And you’re invited to the celebration.

Previous ArticleManic Mashup of Two Worlds in 2nd Trailer of “Space Jam: A New Legacy”
Next Article Jayda in Full Bloom for Her First Major Concert This June 26 & 27