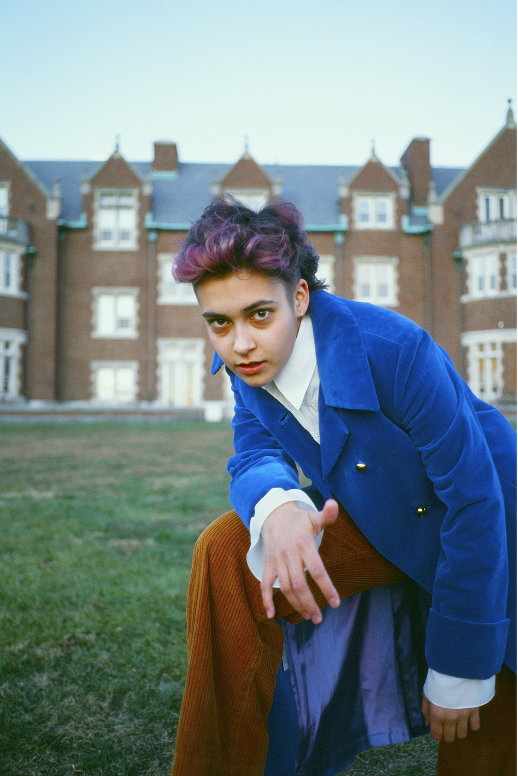 Written and recorded primarily in the breakout star’s suburban Kansas bedroom, the 13-track collection mixes dark alt-pop and dreamy R&B with streaks of hip-hop, jazz, and funk, calling to mind everything from Prince to Billie Eilish as it grapples with growth and evolution, gender identity and sexuality, freedom and self-expression. The album is a work of pure intimacy, a poignant and revealing portrait of modern adolescence from an artist unraveling the mysteries of their psyche one song at a time.

“This record is all about growth and change,” Evann explains. “I’m always evolving, and this album is the sound of that transformation, of one version of myself giving way to the next.”

Evann’s new single “NOBODY ELSE” – a sweet R&B tinged track on the excitement of a healthy, monogamous relationship – is out today. The intimate music video showcases Evann’s lighthearted personality and groovy dancing chops “emanating a self-assured confidence well beyond their age” (Ones To Watch).

“‘NOBODY ELSE’ is about commitment and being very proud of your relationship with somebody,” Evann says about the song. “It is about monogamy and the idea of there being one person for everybody, and that you’ve found yours.”