Subscribers of direct-to-home satellite TV service GSAT can now watch ABS-CBN shows that are available on the channels Jeepney TV, Cinemo, and Metro Channel. The adding of the channels on the GSAT line-up is available starting October 5.

Serving up a slice of the good life is Metro Channel (Ch 70) as it features lifestyle icons and international celebrities in various exciting locally-produced and foreign programs that talk about food, travel, home, living, fashion, and style. 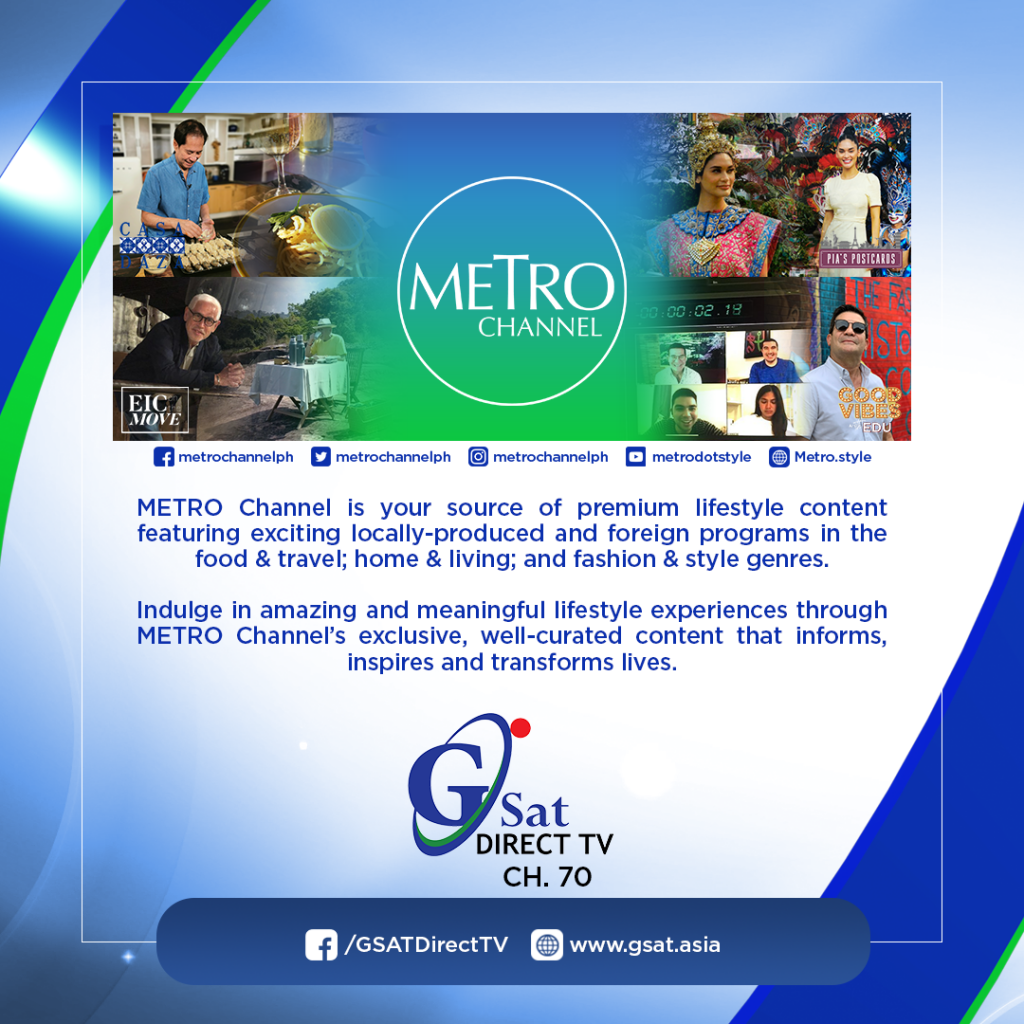 Viewers will be delighted to see veteran actor Edu Manzano back in his element as a talk show host in “Good Vibes with Edu” and Miss Universe 2015 Pia Wurtzbach as she takes viewers to local and foreign destinations in “Pia’s Postcards.”

They will also get to learn from celebrity chef and restaurant owner Sandy Daza as he teaches food lovers the many ways to enjoy the Philippines’ best regional cuisines in “Casa Daza.” Exciting foreign programs include “Million Dollar Listing,” “Secret Lives of the Super Rich,” and “Get a Room With Carson and Thom.” 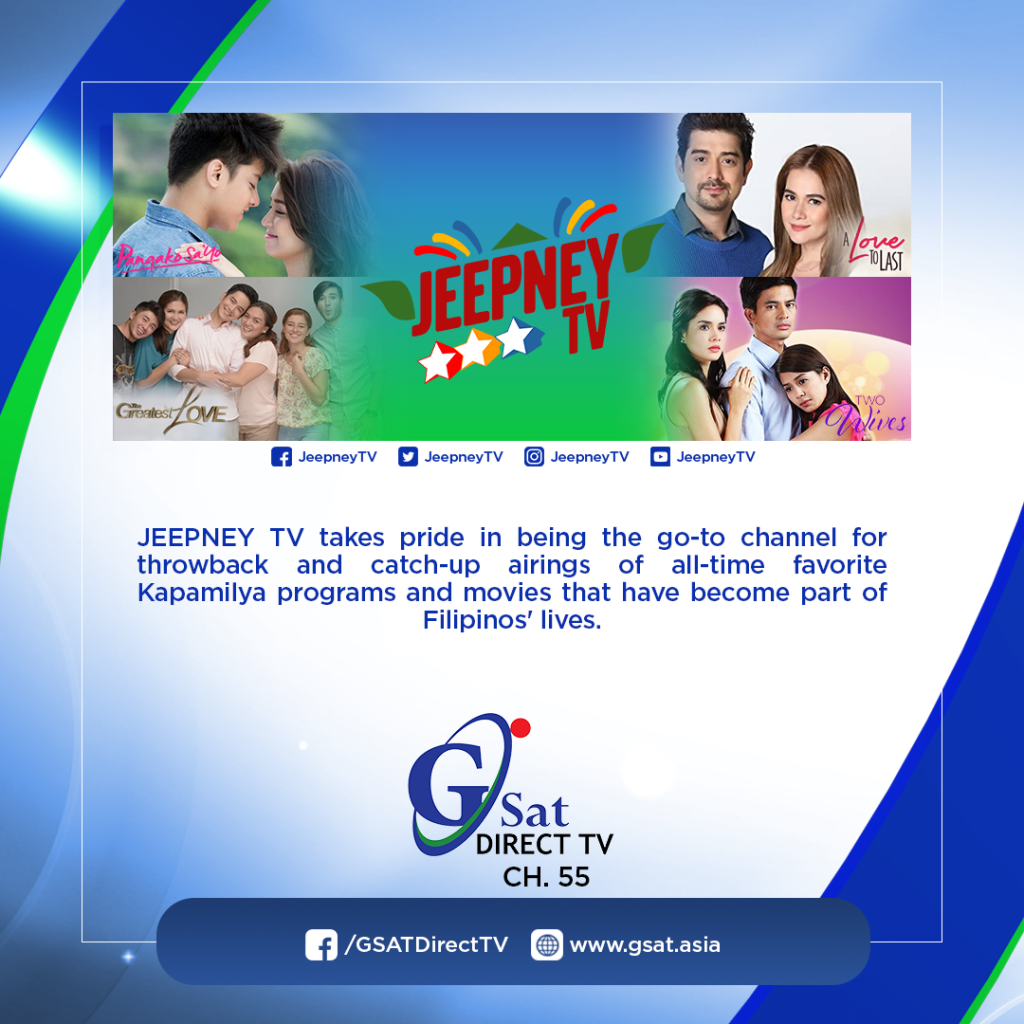 GSAT viewers will also get to go back in time as Jeepney TV (Ch 55) brings well-loved and all-time viewer-favorite ABS-CBN programs and movies. Meanwhile, a wide range of action and comedy movies and series, both local & foreign all-day await them on the entertainment channel Cinemo (Ch 13). Catch top Pinoy movie icons Fernando Poe, Jr., Dolphy, Rudy Fernandez, and more in their unforgettable hits. 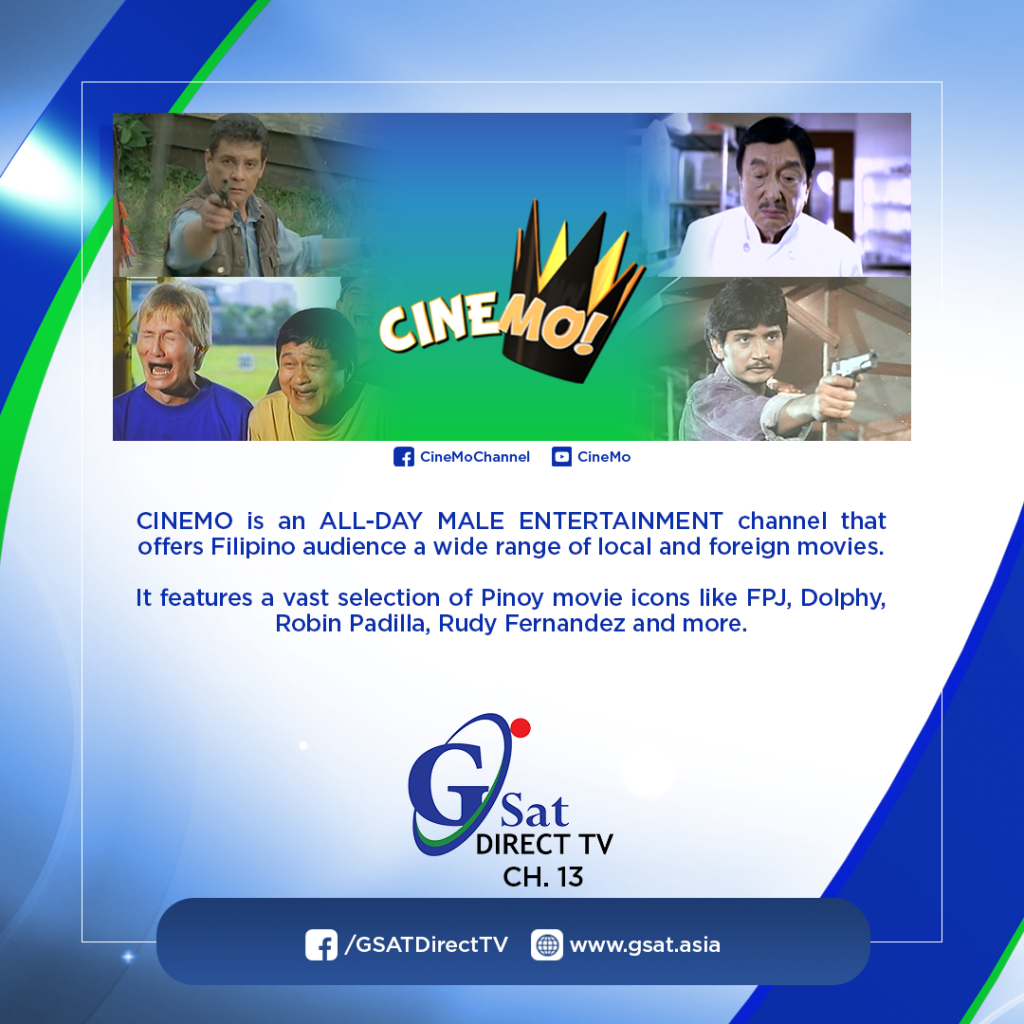 GSAT has been airing local and international news and entertainment channels in the Philippines. It also has an online app, GSAT +, where Kapamilya Online Live is available.

ABS-CBN continues to find more ways to reach more Filipinos around the world with its news, public service, and entertainment.

Previous ArticleAfter more than 10 years, “Game KNB?” is back!
Next Article Kapamilya shows are back on free TV via A2Z Channel 11