After the announcement of Jane de Leon as the new Darna/Narda last July 17, ABS-CBN is announcing the official arrival of the limited-edition “Darna” Funko Pop collectibles on the Fun Con 2019, happening this August 2 to 4 at the Glorietta Activity Center in Makati City.

The limited-edition Funko Pop of the celebrated Pinoy comics superheroine is officially here in the Philippines after exploring the San Diego Comic Convention (SDCC) 2019 in the US—the prime focus of the world of comic conventions. 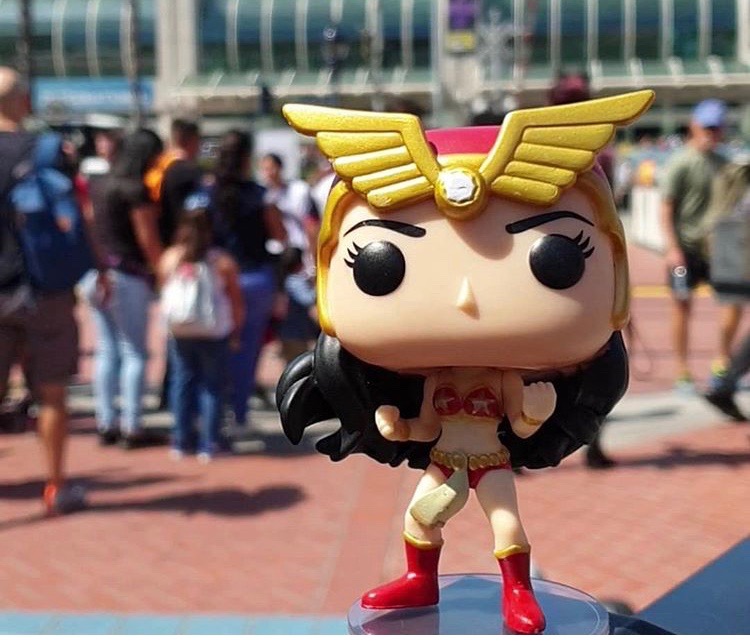 The Funko Pop collectible—mirroring the classic pose and exuding the distinct spirited presence of the iconic Pinay superhero—first dropped by Gaslamp Quarter, San Diego’s premier entertainment district, right before joining the fun at a panel in Hall H, the biggest stage at the convention.

True to her patriotic background, Darna also took the time to visit the booths of Pinoy comic book artists showcased at SDCC, and eventually mingled with Filipino-Americans and the Pinoy Funko community who attended the conference.

Darna is a creation of legendary comics artist Mars Ravelo, and this partnership with Funko, one of the top makers of licensed pop culture products, fires up the year-long celebration of her 70th anniversary. 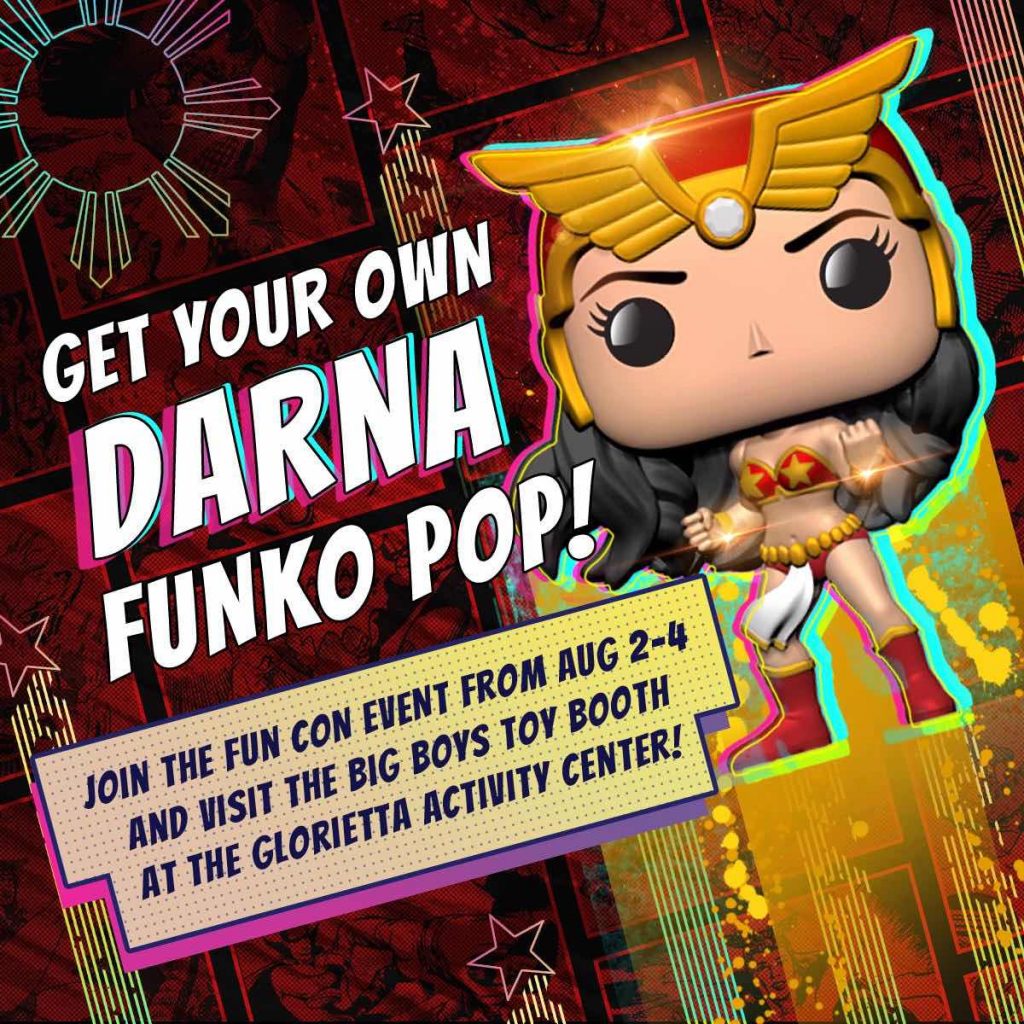 Meanwhile, the Darna film will be under the production of Star Cinema and Reality Entertainment under the direction of Jerrold Tarog is planned to fly to the big screen on 2020.