NOW UNITED is coming back to the Philippines on February 24 to perform at the Eastwood Mall Open Park at 6 PM.

Presented by Eastwood City and Wilbros Live, NOW UNITED is the world’s first ever global pop group comprised of 14 different singers and dancers from 14 different countries including our very own Bailey May from the Philippines.

Fans are provided with open access to the group’s music and live in real time, enabling fans around the world to engage with their every move. It is a new music group driven by the diversity and spirit of social media – one as energetic and ever-changing as its fans. One where fans and artists are united as never before. The group is currently working with top choreographers WilldaBeast and Kyle Hanagami and recording their upcoming music with Grammy-winning record producer and songwriter Red One. 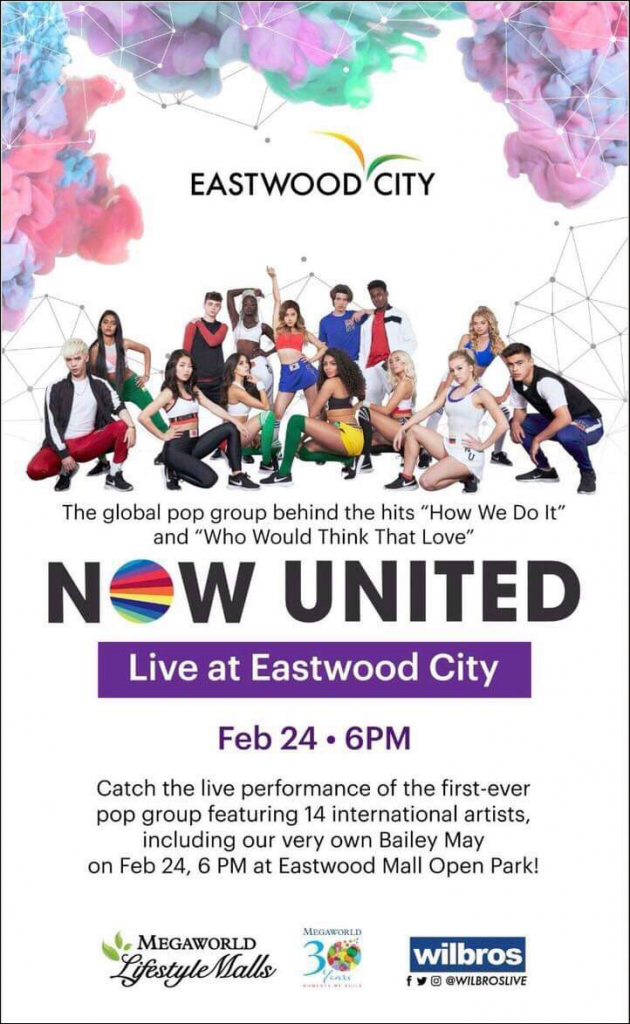 Bailey is a Filipino-British TV personality that started his career in the Philippines as one of the teen housemates that entered the Pinoy Big Brother: 737 in 2015. In 2017 he auditioned and become part of the international pop music group NOW UNITED.