The blessing continues for Melai Cantiveros-Francisco and her husband Jason after winning Php 1 Million again in one of the Kapamilya shows of ABS-CBN. This is Melai’s third time to win Php 1M cash prize. The first one during Pinoy Big Brother Double Up where she won as Big Winner and the second one at the Your Face Sounds Familiar Season 1 where she transformed as Miley Cyrus.

Francisco family is the first millionaire of Bet On Your Baby for its third season since they return on the weekend late afternoon block last May 13. They were competing with Sabarre Family (Antonio Sabarre and Maui Taylor-Sabarre), Bautista Family (Pinggoy Bautista and Guila Alvares- Bautista), Rodriguez Family (Vince Rodriguez and Nina Corpuz-Rodriguez), and Santos family (Katya Santos and her morther Marichu Santos). 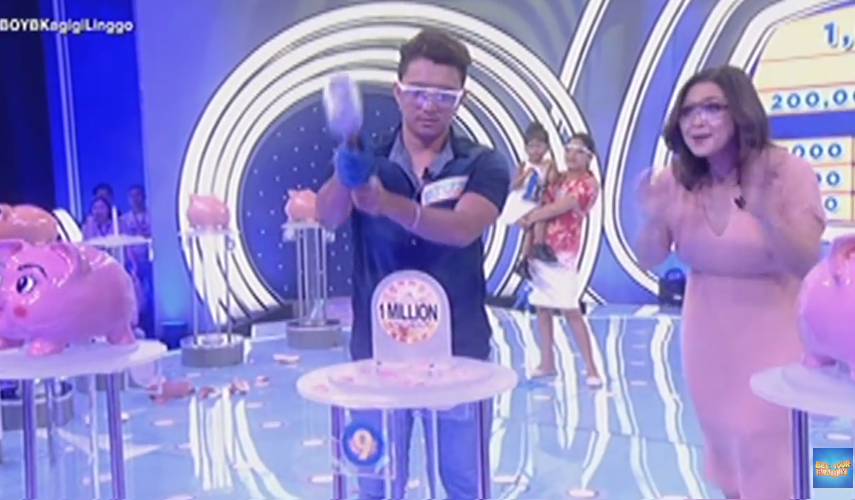 Melai and Jason elevated to the jackpot round after getting the right answer in the Watchmakulit round. Together with Mela, Jason and Melai were given three chances to choose piggy banks that contain certain amount including Php 1 Million. At first they got the Php 100K and they decided to give it a try. At the second attempt Jason found the Php 1 Million.

Bet On Your Baby is hosted by Judy Ann Santos-Agoncillo and airs on ABS-CBN; Saturdays at 5:15pm and Sundays at 5pm.

Previous ArticleGo beyond ramen and explore authentic Japanese cuisine with Nadai Fujisoba
Next Article Ronaldo, Leo or Pen: who should be the Pinoy version of KFC’s Colonel Sanders?