Asia’s Songbird Regine Velasquez is now an official ku-momshie, joining Jolina Magdangal and Melai Cantiveros in brightening our mornings with fun, entertainment, and information in the morning talk show “Magandang Buhay,” which is celebrating its sixth anniversary. 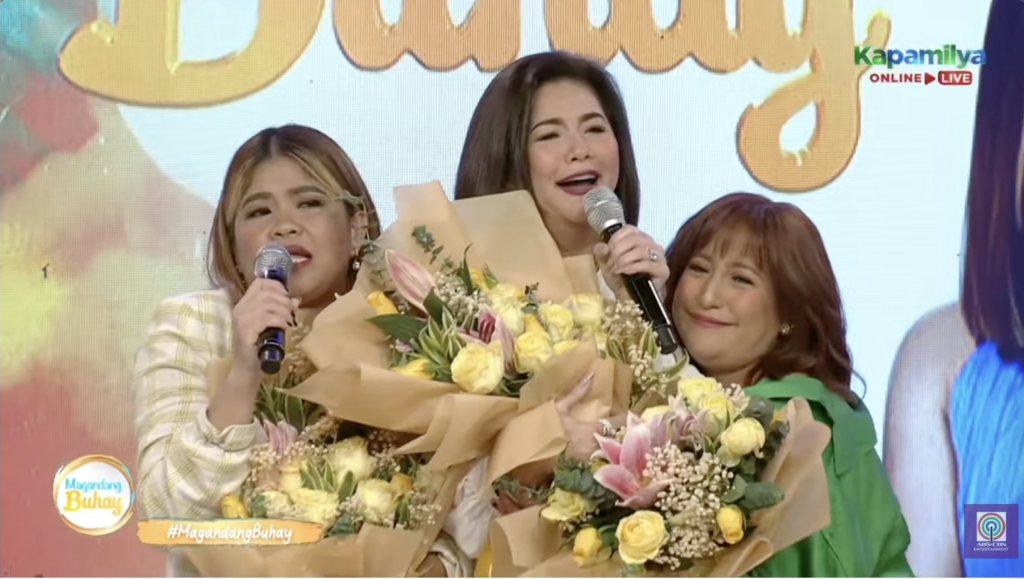 “Since I learned that I will officially be part of ‘MB,’ kabadong-kabado talaga ako. Excited ako syempre, siguro kasama lang yun na kapag naging host ka, there is a certain responsibility. I’m very happy to be part of ‘Magandang Buhay,'” said Regine as she completes the ‘JoReMe’ trio.

Regine also thanked Karla Estrada for sharing her experiences and knowledge as a ku-momshie in the show for the last six years.

“Gusto rin natin magpasalamat kay momshie Karla whose been with ‘Magandang Buhay’ for six years. She had become part of this show, so thank you very much and happy anniversary na rin. Syempre bahagi rin siya ng ‘MB,'” she added.

Both Jolina and Melai expressed their delight at hosting alongside Regine.

The momshies also thanked the organizers of the recently concluded Golden Laurel 2022 for the Best Celebrity Talk Show award, which the show won.

Twitter trended with the hashtags #MagandangBuhay and KuMomshie following the announcement that Regine would be a ku-momshie.

In addition to welcoming Regine, the momshies performed the new version of the show’s theme song.

Join the momshies as they continue to celebrate the show’s anniversary with “Lyric and Beat” stars Darren Espanto, Sheena Belarmino, and Seth Fedelin this Tuesday (August 9).