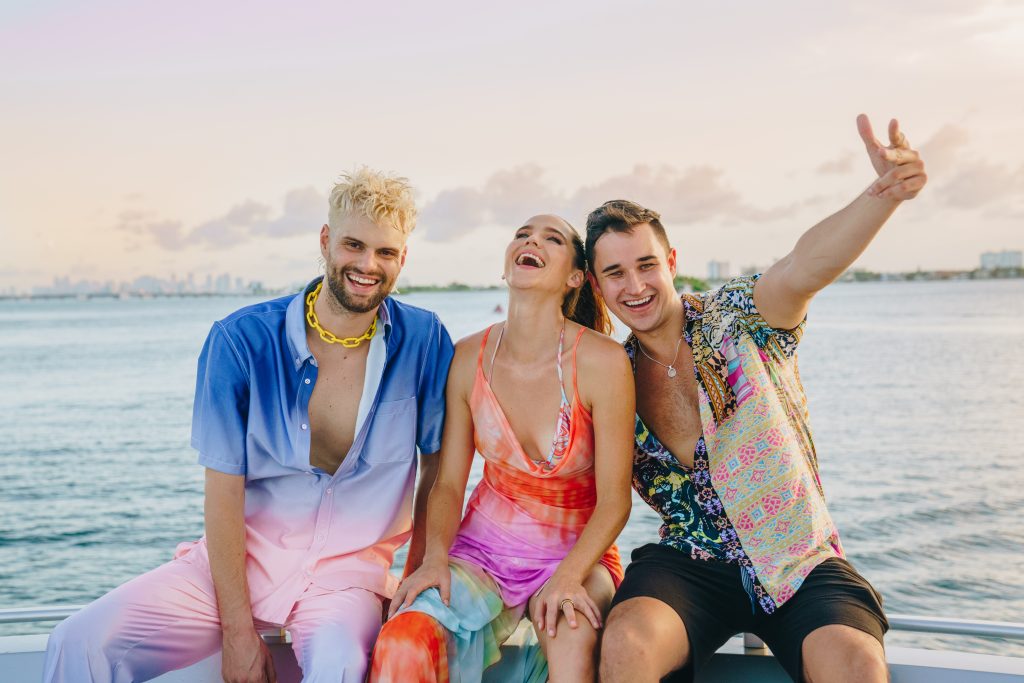 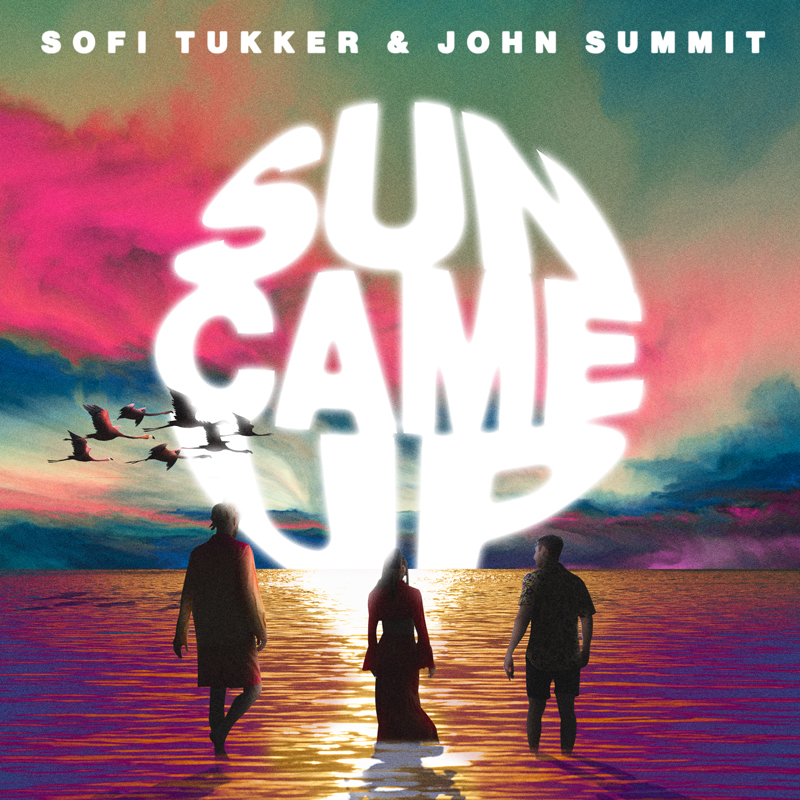 “We made this song when we were deep in quarantine, while we were dreaming about the sun coming up, so to speak. We were dreaming about dancing with people again. It’s about being together, in darkness and in sunshine. And about being able to recall that experience over and over again in our imagination and memory. It’s both nostalgic and hopeful. Looking back and looking forward to that one perfect vignette of togetherness.” 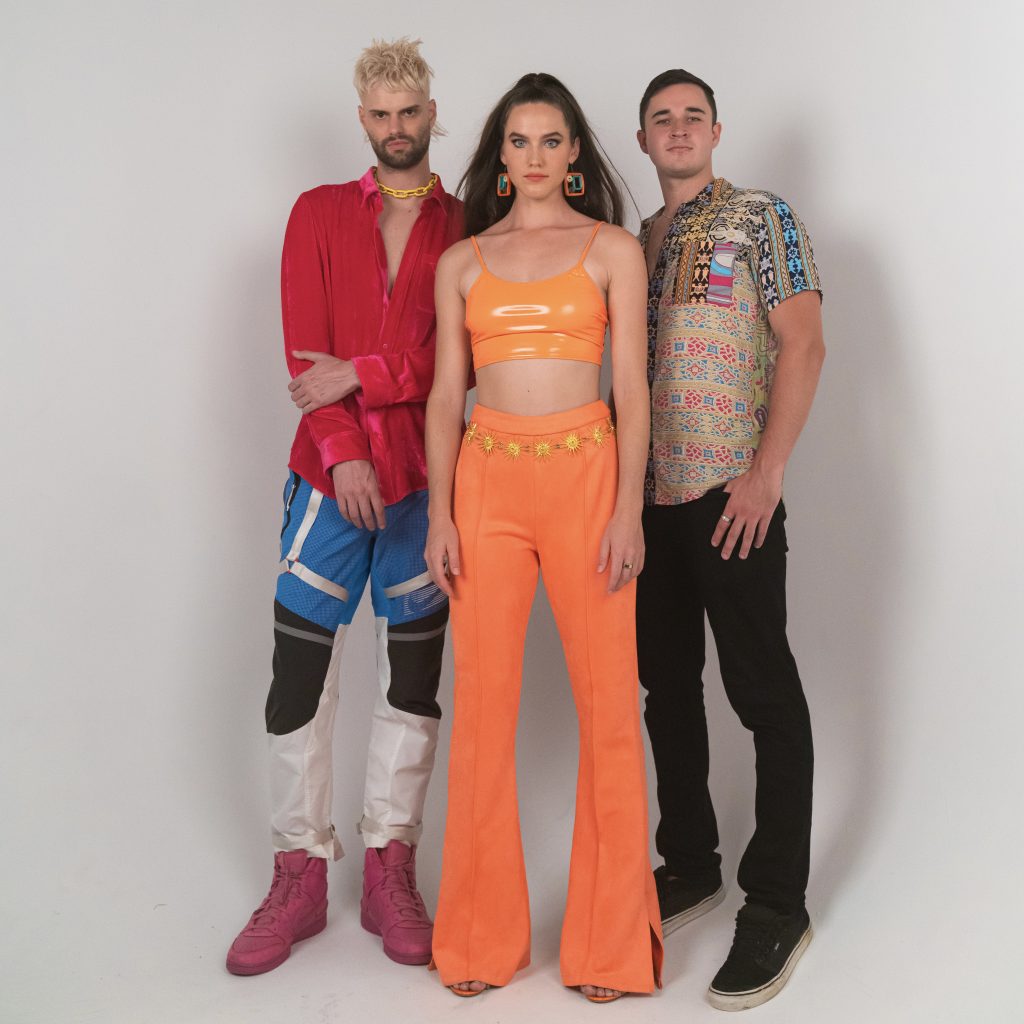 About working with John Summit, SOFI TUKKER add:
“We’re fans of the dynamics of his music and really love what he added,” SOFI TUKKER say about the collaboration. “He’s a joy to work with–he works really hard and is a perfectionist like we are, constantly thinking about how to make the song better.”

“When SOFI TUKKER reached out to me to incorporate my club-focused sound to go along with their amazing songwriting it ended up turning into an extremely unique record that I’m so excited to be a part of. I’ve been a huge fan of them for years due to their distinctive songwriting style along with their amazing chemistry so I’m stoked we were able to create something special together.”

The pair first connected with John after they started playing his tracks during their wildly popular daily livestream DJ sets during quarantine and their friendship evolved. This month they hit #1 on the Beatport chart with John and Vintage Culture’s remix of SOFI TUKKER’s GRAMMY nominated single “Drinkee.”

SOFI TUKKER recently announced a series of live dates including Firefly, Gasparilla and Outside Lands. These will be the first in person live dates following over 300 livestreams during the pandemic.The group are also doing their first Las Vegas residency at Elia Beach Club where they’re doing monthly DJ sets, details for all live dates below. SOFI TUKKER recently did a special Safari live set to celebrate the new “Drinkee” remixes, Check it out here. 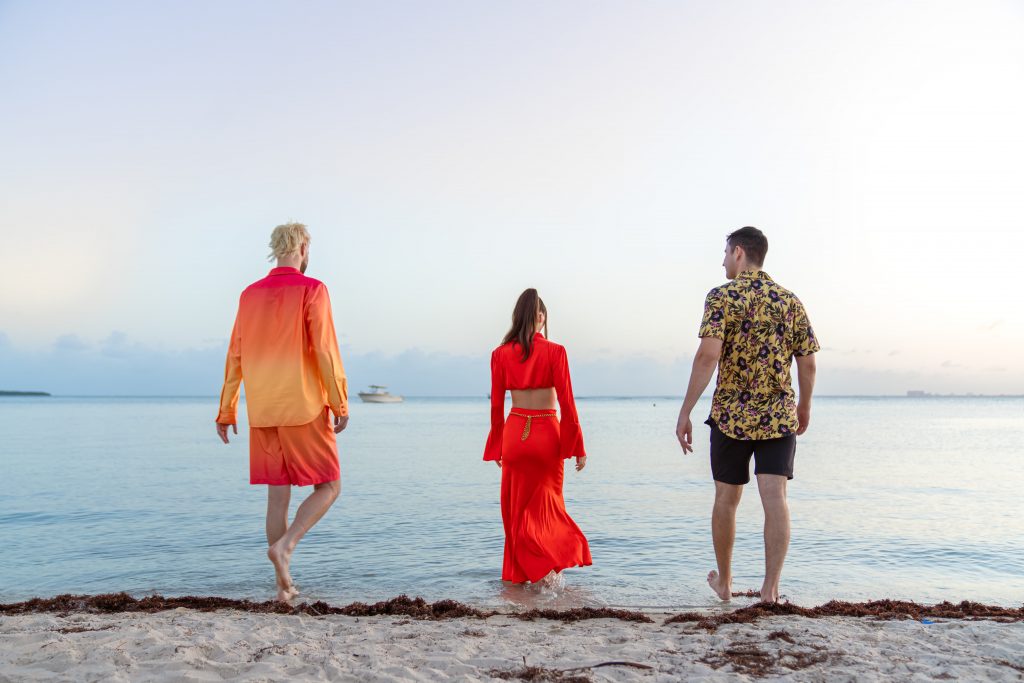 SOFI TUKKER, the genre-defying duo of Sophie Hawley-Weld and Tucker Halpern, is celebrated for their inclusive and global perspective on electronic music as well as their work’s themes of liberation, unity, and self-empowerment. Their debut single “Drinkee” was nominated for a Best Dance Recording Grammy® in 2017, which was followed by a Best Dance/Electronic Album Grammy® nomination for their debut album Treehouse in 2019. In the Spring of 2020 as the world was confronted by the COVID-19 pandemic, the group started live streaming daily DJ sets from their home outside Miami to millions of people worldwide and released their quarantine anthem “House Arrest” with Gorgon City, which reached #1 on US Dance Radio. SOFI TUKKER’s records have achieved Gold or Platinum status on every continent other than Antarctica, and their electric and energetic live show has sold out venues and graced major festival stages across the planet. The band is also frequently tapped for remixes by some of the biggest artists in the world including Billie Eilish, Lady Gaga, and Katy Perry. SOFI TUKKER are also passionate activists who have raised funds and awareness for Planned Parenthood, The Trevor Project, National Alliance on Mental Illness, Natural Resources Defense Council and the March for Our Lives. Their commitment to equality and fostering community while recombining the pillars of dance music into exciting new shapes has established them as a singular act. 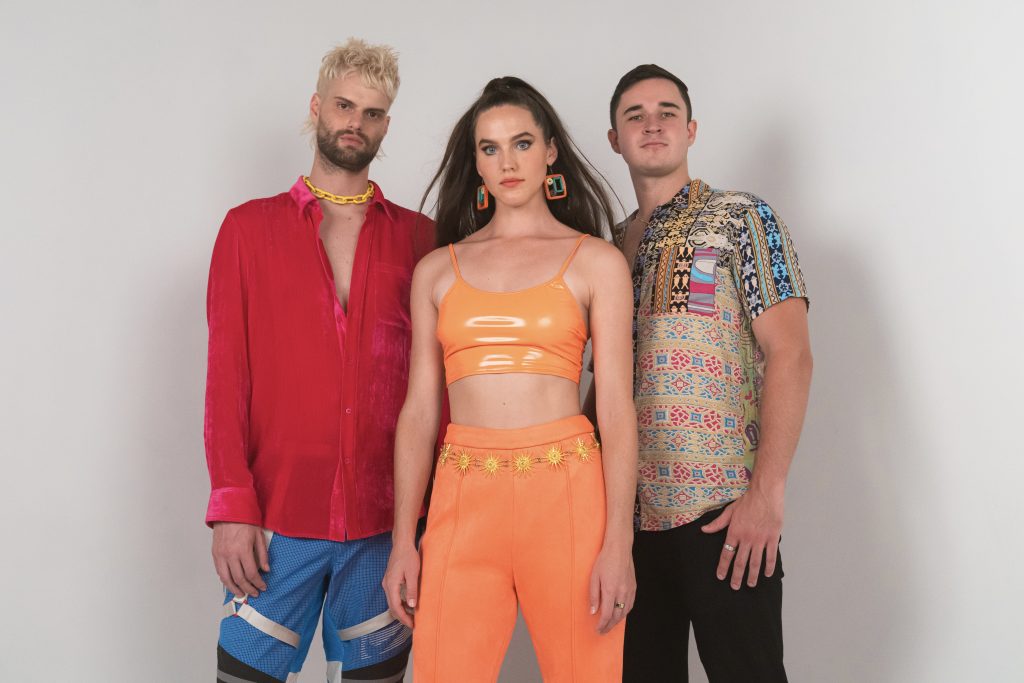 Hailing from a city steeped in house culture, Chicago’s John Summit has quickly become the hottest name in dance music following the success of “Deep End” on Defected Records in June 2020, which became the longest-running Beatport #1 of the year and was named Pete Tong’s Essential New Tune before landing on Radio 1’s main playlist. Since then Summit has gone onto release a series of groundbreaking originals including “Thin Line’”on D4 Dance that’s amassed over 8 million total streams, as well as “Beauty Sleep’” on Repopulate Mars and “Make Me Feel” on Insomniac; both of which sat atop Beatport’s overall chart. John’s prolific output has also resulted in over 3 million monthly Spotify listeners and elevated him to the highest-selling artist across all genres on Beatport over the last 12 months. Having already headlined many of North America’s signature dance venues, Summit’s set to leave his imprint on many of the most notable clubs and festivals worldwide this year. Tour dates here.