Paulo Avelino and Janine Gutierrez are finally getting hitched! In ABS-CBN’s newest Kapamilya teleserye “Marry Me, Marry You” that is.

If you’re just as excited as us about the show’s cute wedding-themed teasers, Paulo and Janine’s big day is happening on September 13, when the series premieres on Kapamilya Channel, Kapamilya Online Live, A2Z, and TV5 on September 13 at 9:25 PM. If you want to watch it early, though, its pilot episode will stream on iWantTFC on September 11.

In the light family drama series, Paulo and Janine give life to polar opposites. While Camille (Janine) has her big family as her support system, Andrei (Paulo) is attachment-phobic and likes to keep to himself. As their love story unfolds, the series will highlight the challenges couples face when marrying into a family as Andrei and Camille’s loved ones get in the way of their relationship.

If you’ve been searching for a series to serve as your ultimate stress-reliever, accompanied with a romantic storyline, “Marry Me, Marry You” is the one. Before fans get to watch its pilot episode, we’ve compiled seven exciting things to look forward to in the series:

1. Janine and Sunshine like you’ve never seen them before

Janine and Sunshine Dizon veer away from their usual heavy drama roles to show their bubbly and fun-loving side in “Marry Me, Marry You,” which is their first Kapamilya teleserye. In fact, when you watch the scenes where they are together, you’ll find yourself irresistibly laughing out loud.

Janine plays the jolly and optimistic Camille, while Sunshine effortlessly displays her ‘kalog’ side as a single mom named Paula, whom Camille is the closest to out of her three godmothers. Paula’s love life also gets exciting as she figures in a May-December affair when she falls in love with a younger man (Fino Herrera).

2. It’s feel-good, comforting, and evokes the vibe of “OTWOL” and “Be Careful”

If you fell in love with the hit Kapamilya teleseryes “On the Wings of Love” and “Be Careful with My Heart,” then “Marry Me, Marry You” will surely be up your alley. The family-oriented series presents a feel-good yet heartwarming story about the true essence of love and family, which is very timely now that we need more sources of relief and entertainment more than ever.

Camille is part of three different families who are all bound together by their love for one another. Though they may encounter misunderstandings, no problem will be able to tear them apart as they live by their family chant, “Pamilyang matatag! Family is forever!”

3. The fresh team-up of Paulo and Janine

Paulo and Janine make the perfect couple because of their oozing chemistry and stunning looks. Their characters’ contrasting personalities also lead to cute bickering and even more ‘kilig’ moments.

Though their characters get off on the wrong foot because of Andrei’s (Paulo) snobbish personality during their disastrous first meeting, the two will soon show us the meaning of true love as they help one another with their personal struggles.

4. The fun chemistry of Cherry Pie, Vina, and Sunshine

Elvie, Marvi, and Paula (Cherry Pie Picache, Vina Morales, and Sunshine) form the merry trio that brings good vibes to everything their family does. The three play best friends and Camille’s godmothers, who promised to take care of her after the death of her mother.

The friendship of Elvie, Marvi, and Paula is something to watch out for because of how their personalities jive so easily. Elvie is the reasonable “leader” of the group, Marvi is the ambitious one, while Paula is the ‘fun tita’ who is always down for anything. As a whole, their strong bond is what keeps their families together and keeps Camille grounded. 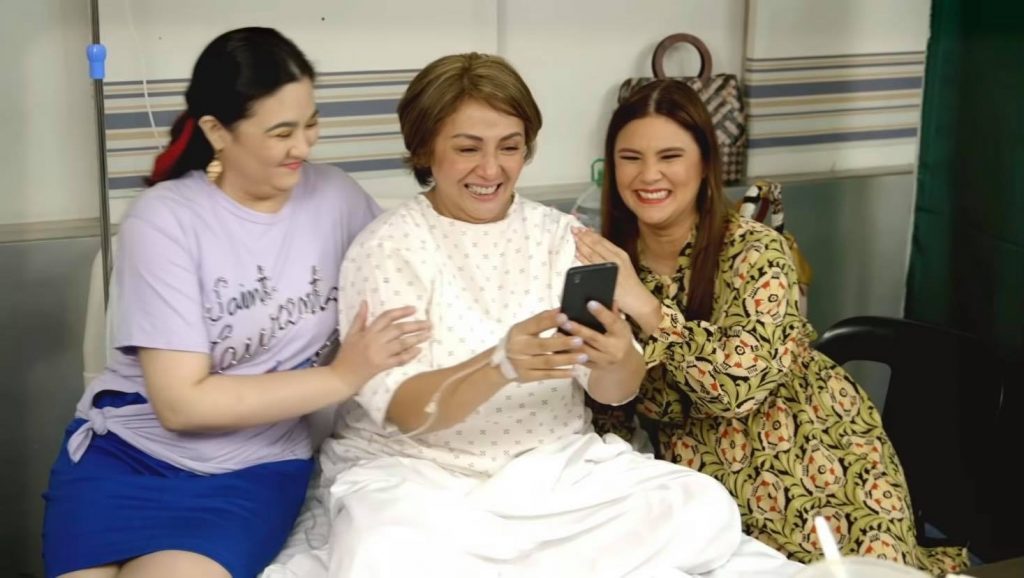 The ‘second lead syndrome’ is a common theme in Korean dramas when viewers fall in love with the equally charming second male lead and root for him to win the heart of the female lead. In this case, good-looking best friends Andrei and Cedric (Jake Ejercito) will battle it out to win the heart and affection of the lovable Camille.

Not only is their love triangle intriguing for its ‘kilig’ moments, but it will also present a deeper dynamic as Andrei and Cedric’s years of friendship will be tested because of their love for one girl.

“Marry Me, Marry You” does not only center on Andrei and Camille’s love story. The show also presents the intertwining family dynamics of Elvie, Marvi, and Paula, together with the interesting relationships they have with their respective partners.

Aside from romantic love, the show will also focus on Andrei’s strained relationship with his dad (Edu Manzano) and stepmom (Teresa Loyzaga) as he struggles to prove his worth to them.

7. The perfect blend of veteran actors and new generation of stars

With the pandemic keeping many of us physically apart, the series’ one big family, composed of both veteran and up-and-coming stars, might just be your next favorite companion. Its star-studded cast will bring different characters to life, highlighting various relationships at home and at work.

Lito Pimentel, Jett Pangan, and Joko Diaz will play opposite the three ninang’s as their husbands. EJ Jallorina, Mariella Laurel, and Meanne Espinosa, together with a new generation of actors including Luis Vera Perez, Fino Herrera, Meanne Espinosa, Adrian Lindayag, Keann Johnson, Analain Salvador, and Angelica Lao, will also add a fresh flavor to the series. 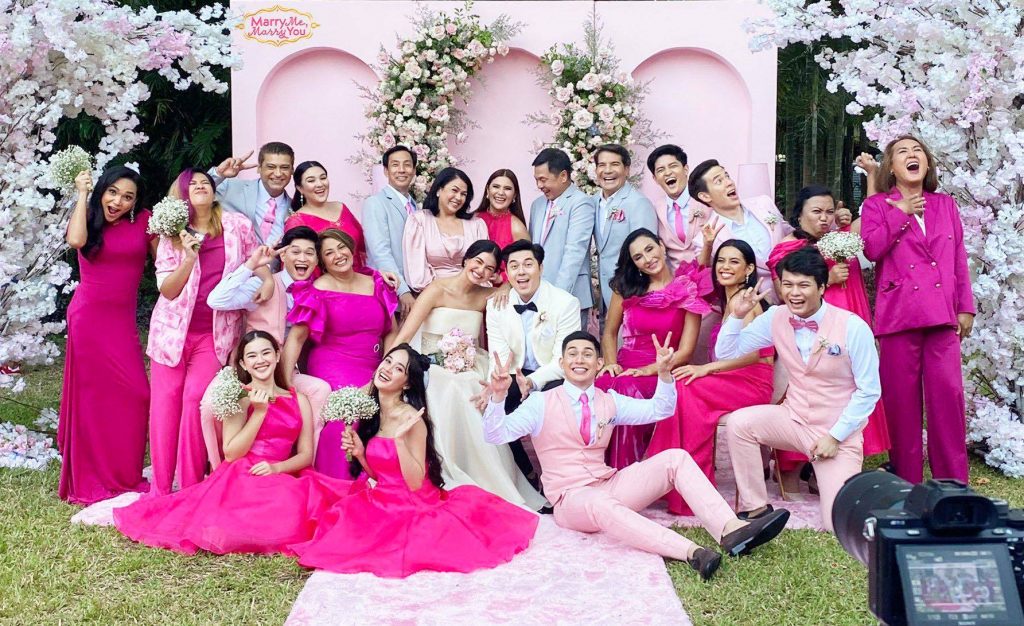 Be the first ones to watch “Marry Me, Marry You” on September 11 on the iWantTFC app and website, WeTV, and iflix, two days before it airs on Kapamilya Channel, Kapamilya Online Live, A2Z, and TV5 on September 13 at 9:25 PM.

Viewers who use any digital TV box at home such as the TVplus box only need to rescan their device to be able to watch “Marry Me, Marry You” on TV5 and A2Z. Viewers outside of the Philippines can also catch it on The Filipino Channel on cable and IPTV.