Less than a year after their official launches, P-pop’s fast-rising stars BINI and BGYO have enjoyed several milestones with their fans: BINI’s music video for their debut single, “Born to Win,” was featured in MTV Asia last month and has already crossed one million views, while BGYO has landed on the number one spot on Billboard’s global Next Big Sound chart, coinciding with the release of their latest single “The Baddest,” which just surpassed one million views on YouTube. 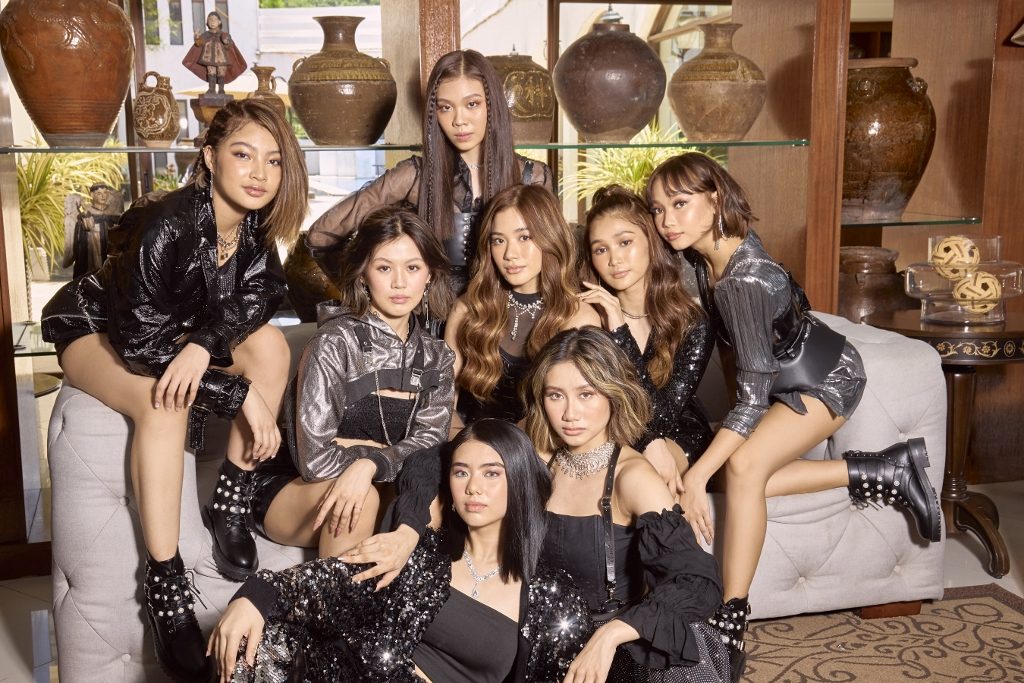 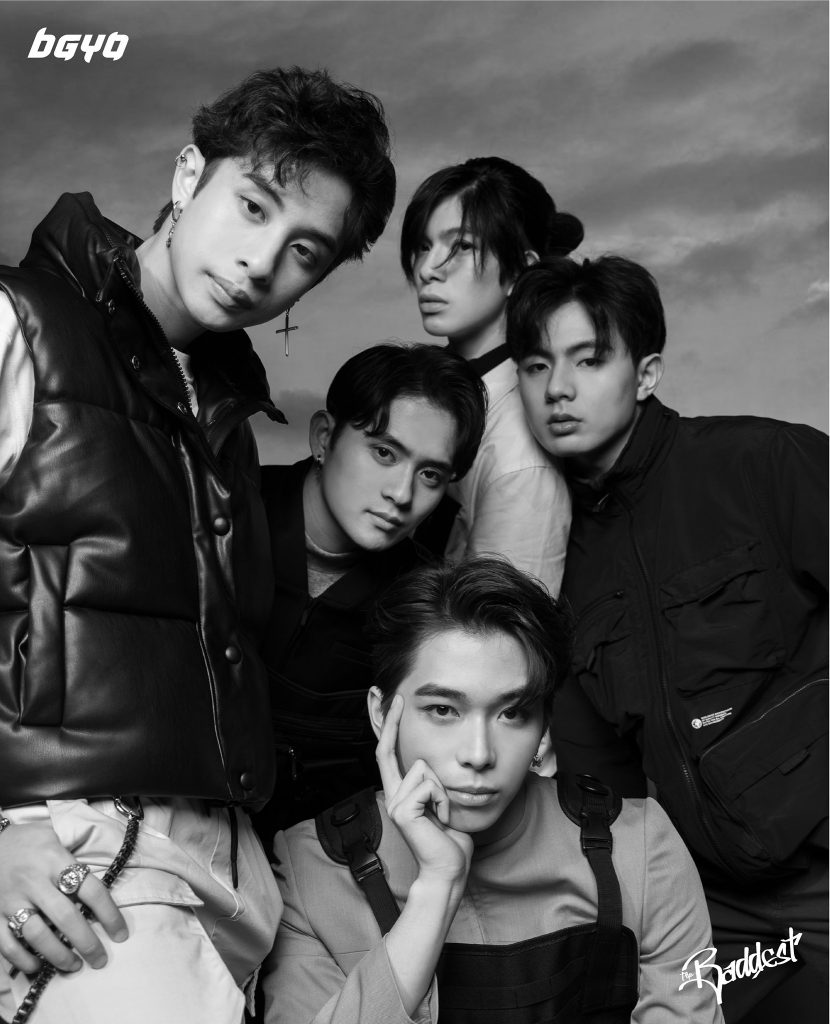 Having grown together from being trainees to full-fledged rookie idol groups, BINI and BGYO are taking the next big steps that will define their journey and their sound as they gear up for their upcoming joint concert and respective debut albums.

BINI and BGYO are making history with their sibling concert – the first in P-pop – called “One Dream: The BINI x BGYO Concert,” which will be streamed worldwide on November 6 and 7 on KTX.PH, iWantTFC, and TFC IPTV. 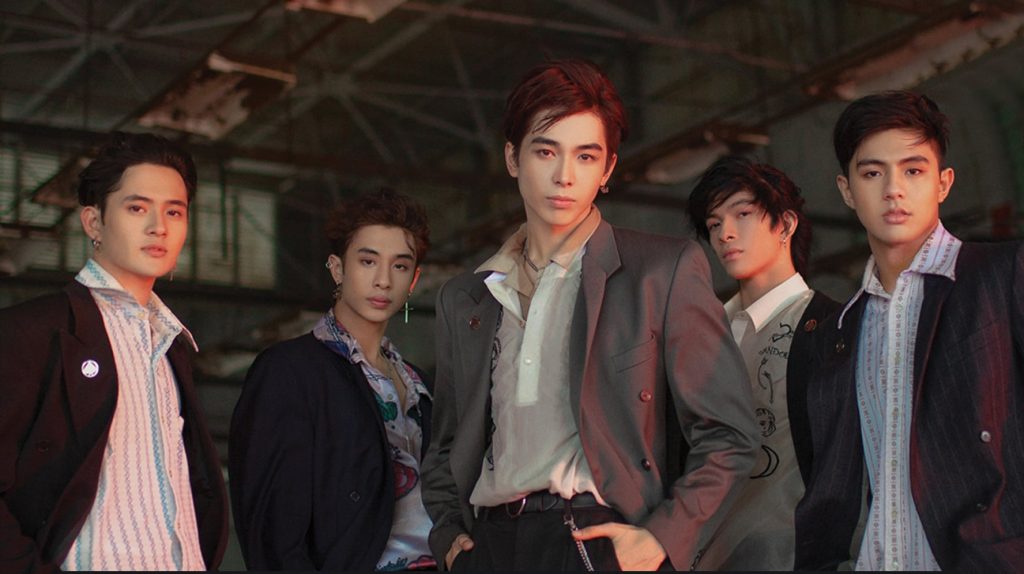 “One Dream: The BINI x BGYO Concert” is also the first two-day concert in the Philippines to feature a unique repertoire per day, promising a grand extravaganza of world-class performances of old favorites and new releases.

The November 6 show will be filled with electrifying performances by each group, collaborations on fan-favorite songs, and exciting numbers by surprise guest artists. On November 7, BINI and BGYO will present more live collabs, sub-unit performances, powerful vocal showcases, and a fan meet on KTX.PH. 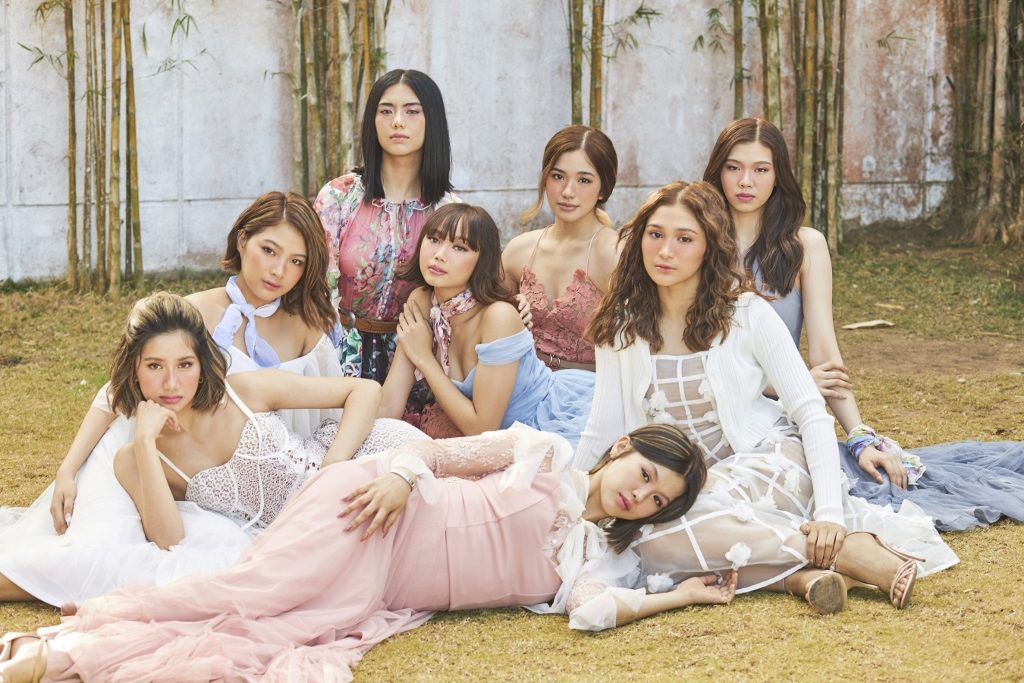 Fans who want to buy the SVIP tickets, which are available starting August 31 and are priced at P1,950 or US$39.99, will be able to watch the two shows and join the fan meet on KTX.PH. VIP tickets, meanwhile, will be sold at P1,490 or US$29.99 on KTX.PH, iWantTFC, and TFC IPTV and will provide access to the two shows.

A special early bird promotion for VIP tickets will have a limited run from August 31 to September 2 only. Those who want to buy early will have access to the two shows with a special price of P999 or US$19.99.

Before their joint concert in November, both groups are coming out with their much-awaited full-length debut albums, both of which will have all-original songs. Some members of the groups also got to flex their creativity by composing their own songs for the albums.

For BINI, fans can anticipate the release of the group’s sophomore single in September before the whole debut album drops in October.

BGYO, on the other hand, will continue promoting “The Baddest,” whose music video recently trended worldwide on YouTube and hit number one on iTunes Philippines, before the release of the album, also in October. 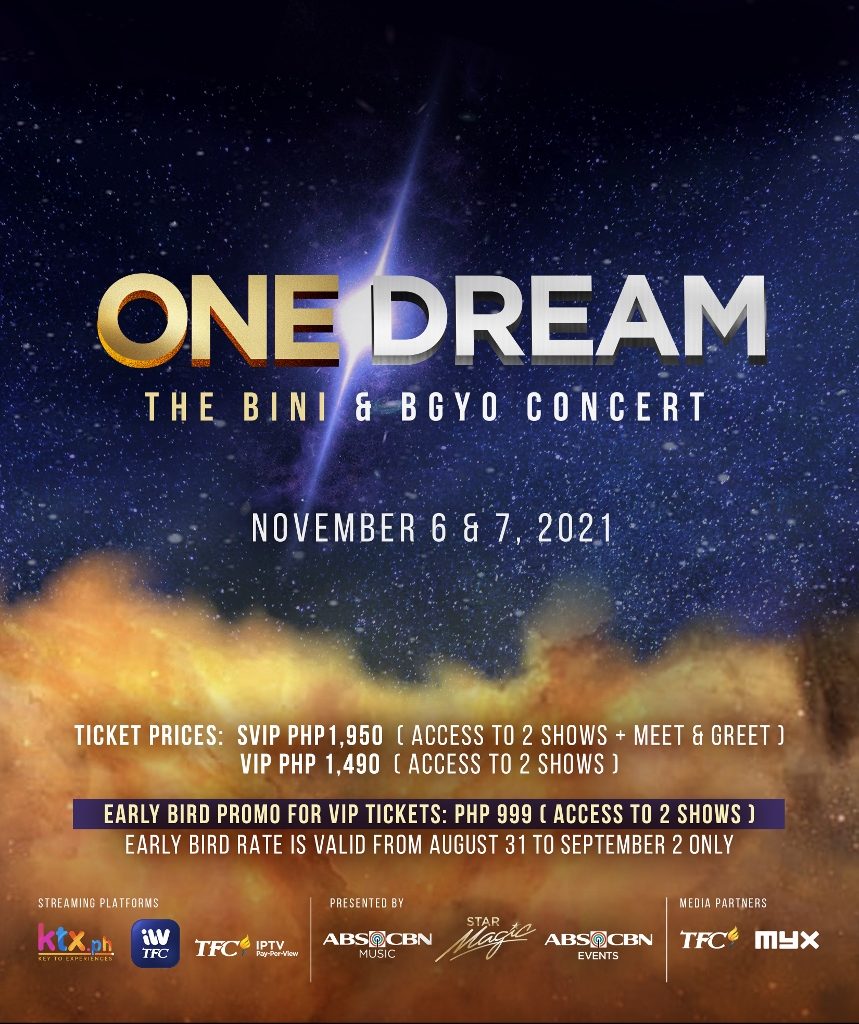 Purchase your tickets now to watch “One Dream: The BINI x BGYO Concert,” on November 6 and 7 on KTX.PH, iWantTFC, and TFC IPTV. 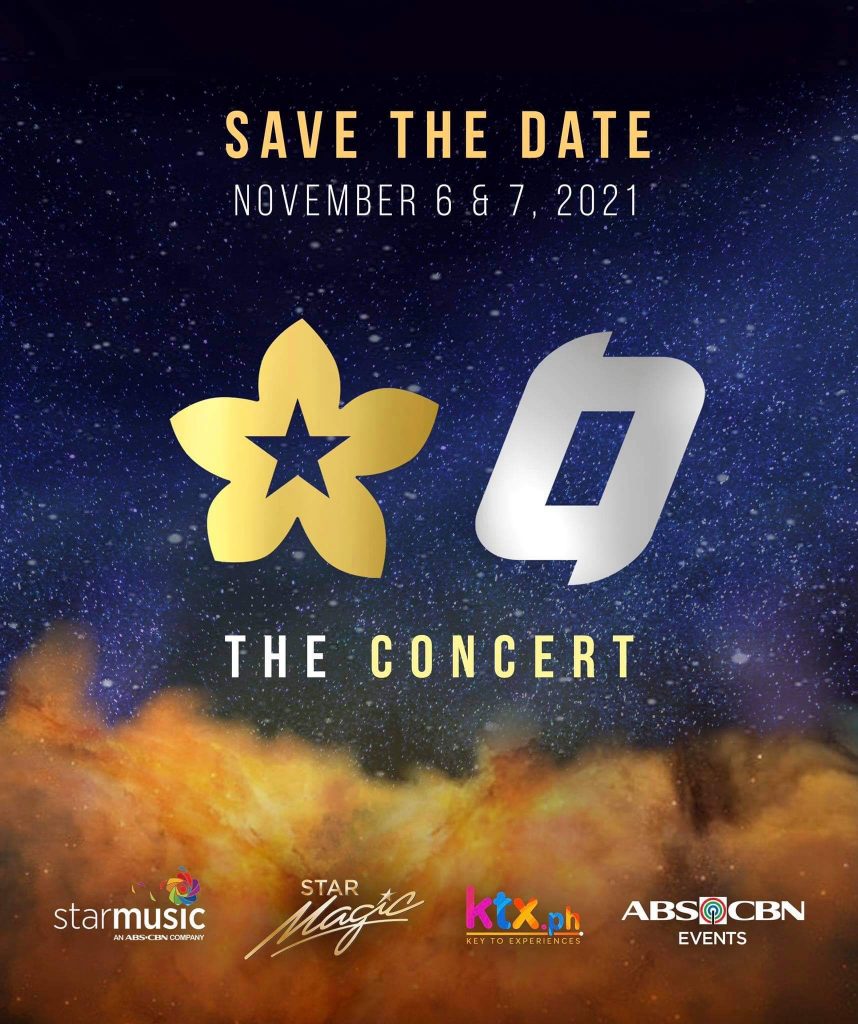