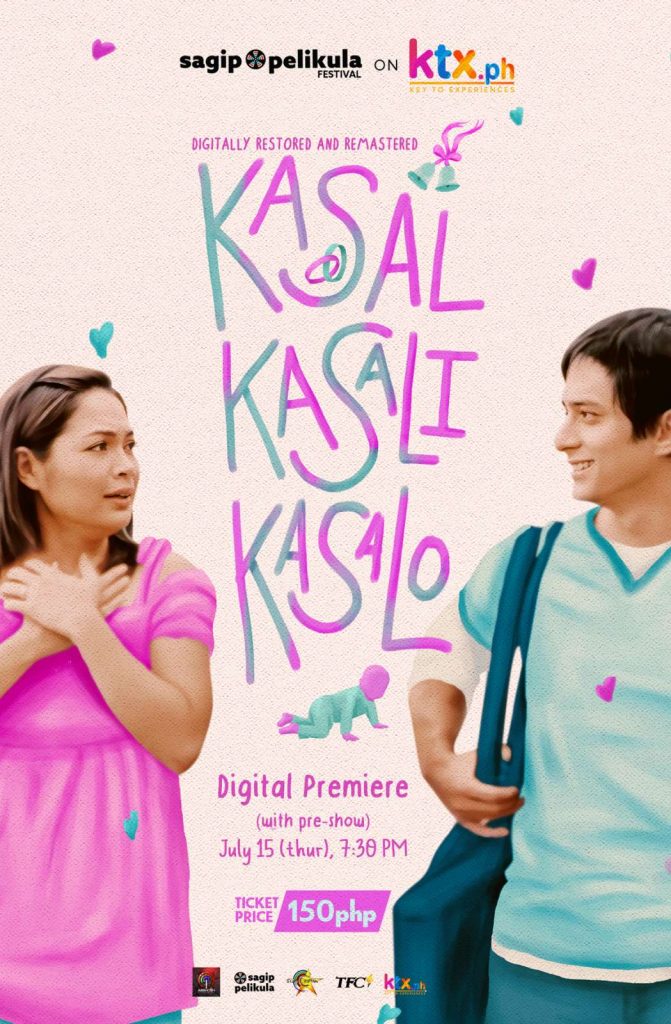 With its original story written and directed by veteran filmmaker Jose Javier Reyes and inspired by the screenplay of Mary Ann Bautista, the film revolves around Angie and Jed (Judy Ann and Ryan), an unlikely couple who are about to tie the knot following Jed’s impulsive decision to marry Angie.

Problems start to arise for Angie and Jed during the wedding preparations as the in-laws begin meddling and clashing with one another. Aside from the troubles caused by their parents, the couple will also have to deal with their not-so-perfect relationship while a baby is on the way.

Don’t miss the premiere of the digitally restored and remastered version of “Kasal, Kasali, Kasalo” on KTX this July 15 at 7:30 PM. Before its online screening, viewers can catch a pre-show featuring Judy Ann Santos, Ryan Agoncillo, and director Jose Javier Reyes. Tickets are now available at https://bit.ly/KKKonKTX, priced at only P150.

ABS-CBN Film Restoration recently celebrated its tenth year of restoring and remastering films from directors and writers of note for today’s viewers to appreciate through its Sagip Pelikula initiative. These efforts have earned multiple recognitions from award-giving bodies worldwide, including the prestigious Gold Quill Award given by the International Association of Business Communicators (IABC) and the Gawad Pedro Bucaneg from Unyon ng mga Manunulat sa Pilipinas (UMPIL).