Who will be the next Pinoy Big Brother Big Winner from housemates Andrea Abaya, Jie-Ann Armero, Liofer Pinatacan, and Kobie Brown?

It will be a multi-platform and multi-channel Pinoy Big Brother Connect: The Big Night where it will be broadcasted this Sunday (Marso 14), 9 pm where it can be seen live on  Kapamilya Channel, Kapamilya Online Live, iWantTFC, TFC, A2Z,  TV5, and on the official “PBB” accounts on Facebook and Kumu. 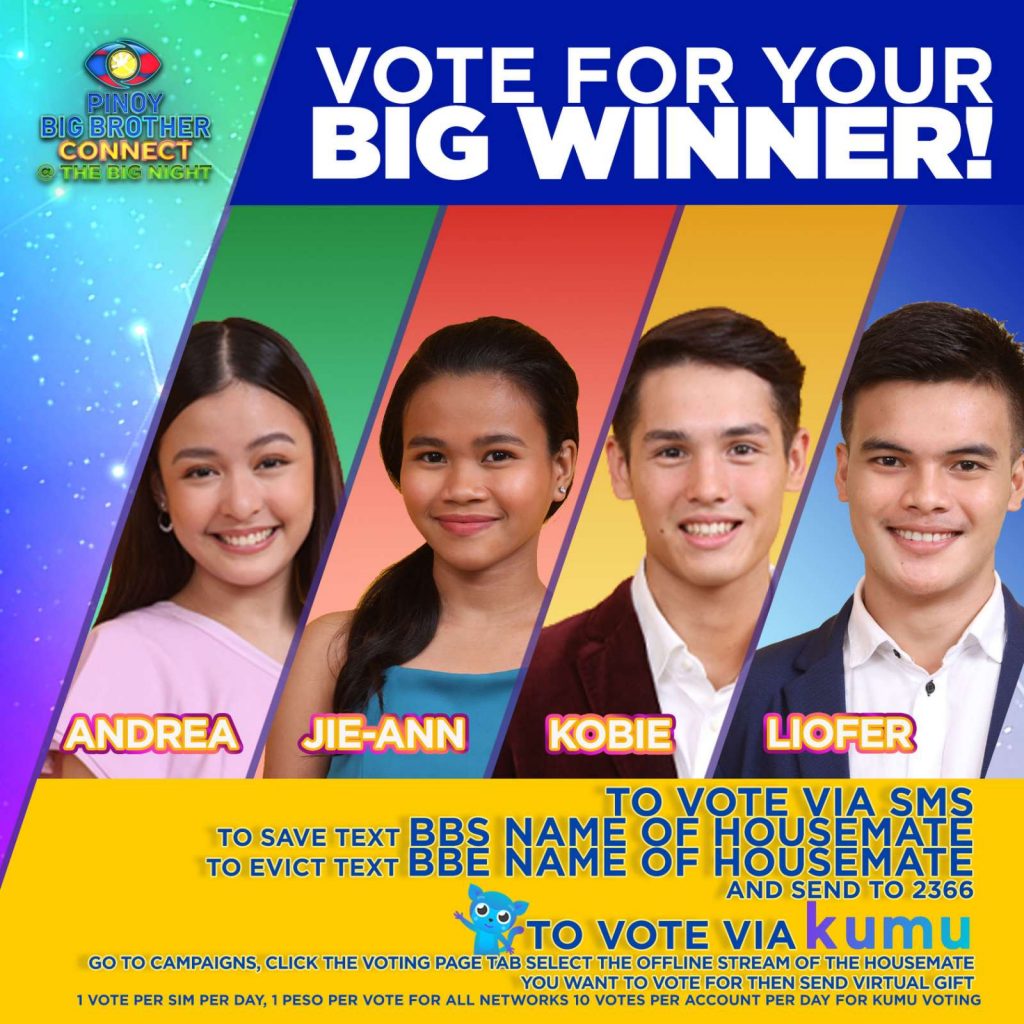 Viewers should also watch out for the reunion of some of the Big Winners of “PBB” from different seasons,  as well as the performance of the cast of the Kapamilya teleserye, “Bagong Umaga.” “PBB” love teams KaoRhys and KarJon are also set to make hearts swoon on the Big Night.

Rising P-Pop boy group BGYO is also expected to deliver an electrifying performance on Sunday after they became part of Big Brother’s special P-Pop week on the show.

Kapamilya stars will also be joining in the fun to welcome the Big Winner such as Charlie Dizon, Francine Diaz, Toni Labrusca, and more.

A big announcement from “PBB” and Kumu also awaits that will surely bring light and joy to avid fans and supporters of this season’s pool of housemates.

Meanwhile, fans of this season’s Big 4 – Andrea, Jie-Ann, Liofer, and Kobie – can show their love and support for their chosen Big Winner by being part of the show’s virtual audience via KTX.ph. For only P199, which will go to charity, the virtual audience can watch the entire show and get an exclusive pass for the virtual media conference that will happen right after the Big Winner is unveiled.