ABS-CBN Film Restoration and its Sagip Pelikula initiative celebrate the legacy of renowned screenwriter Ricky Lee with the premiere of the restored 1994 film “Separada” on March 15 (Monday), followed by the screening of his other classics the day after at the “Sagip Pelikula: The Films of Ricky Lee on KTX” festival.

“Separada” follows the story of Melissa (Maricel), a successful advertising executive living the perfect life with her husband Dodie (Edu) and her two children Vincent (Patrick) and Jenny (Angelica). Unfortunately, her happy family slowly falls apart as her husband grows out of love and sees another woman, Sandy (Sharmaine). Dodie then gets Sandy pregnant, with the mistress demanding Melissa to move on with their lives without him.

Melissa, empowered by her friends and children, then tries to conquer the odds of single parenthood even without the love and help from her estranged husband.

The restoration process for “Separada” was also made possible by Central Digital Lab Inc. Viewers can expect a pre-show with Chito Roño, Tessie Tomas, Raquel Villavicencio, Sharmaine Arnaiz, and Lee himself to stream before the screening. 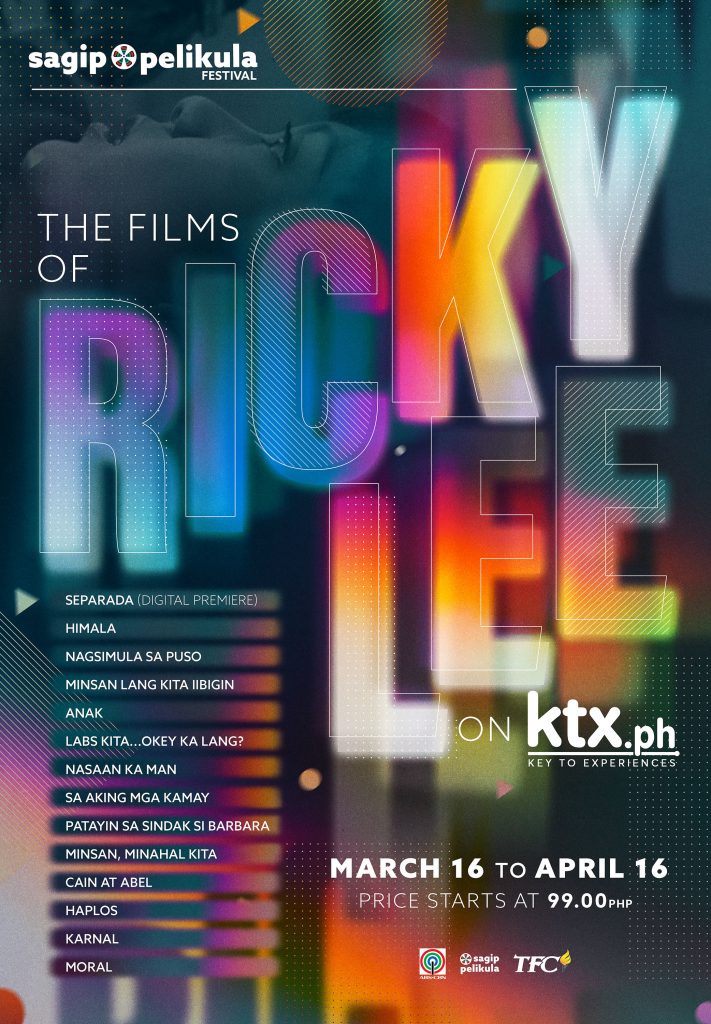