English pop duo Swing Out Sister, composed of Corinne Drewery and Andy Connell together with the American R&B singer Sybil are coming to the Philippines for three concerts.

They will be at the Smart Araneta Coliseum on April 16, SMX Convention Center in Davao on April 17, and April 19 at the Waterfront Hotel in Cebu.

The much loved 1980s duo began to dominate the music industry with their sophisticated dance-pop-jazz genre in the autumn of 1986, following the release of their biggest hit to date, Breakout. The irresistible upbeat single lived up to its name as it became an international chart sensation not only in the United Kingdom and the US but in many markets worldwide including the Philippines. 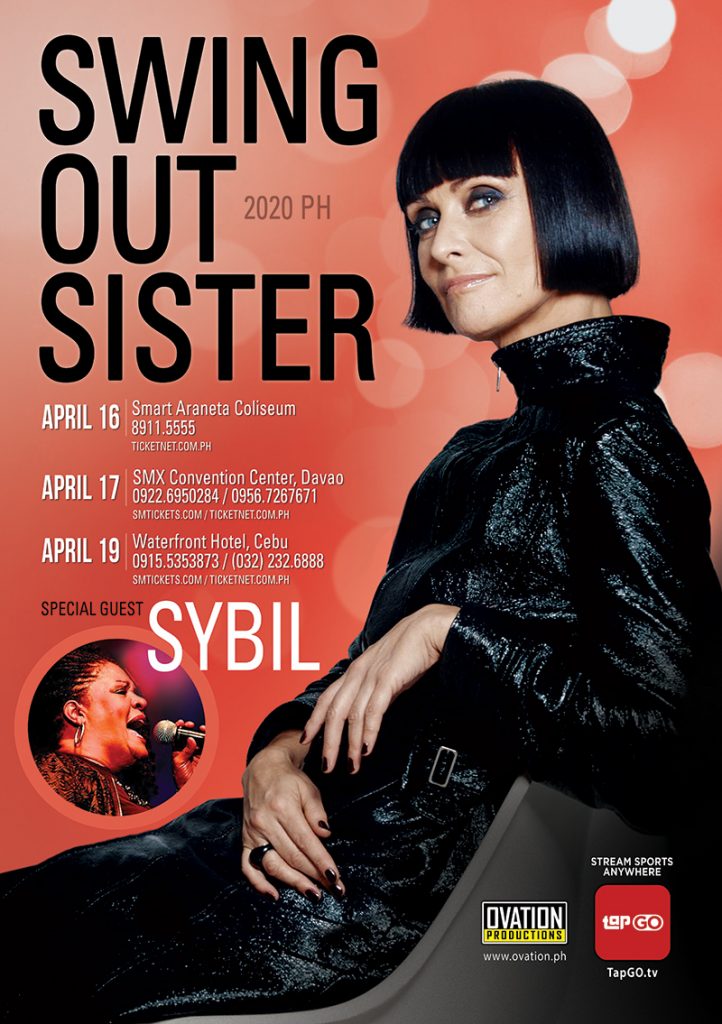 Swing Out Sister became part of the defining sound of British pop in the late 1980s and one of the most successful pop bands around the globe with their multiple hit songs such as Where In The World, Fooled By A Smile, You On My Mind, Twilight World, Waiting Game, Forever Blue, Am I the Same Girl, The Windmills Of Your Mind, La La Means I Love You, Love Won’t Let You Down, and Precious Words. Special guest is Sybil whose many hits include Make It Easy On Me, Don’t Make Me Over, Walk On By, It’s Too Late, The Love I Lost, I Wanna Be Where You are, Lovely Day.

Sybil, on the other hand, is an American R&B and pop singer-songwriter. She gained notable success in her career with songs during the mid-1980s into the mid-1990s. She achieved worldwide crossover hits with her cover versions of Dionne Warwick’S hits Don’t Make Me Over, and Walk On By which were released in 1989 and 1990, respectively.

Ticket prices and seating location at the Smart Araneta Coliseum: 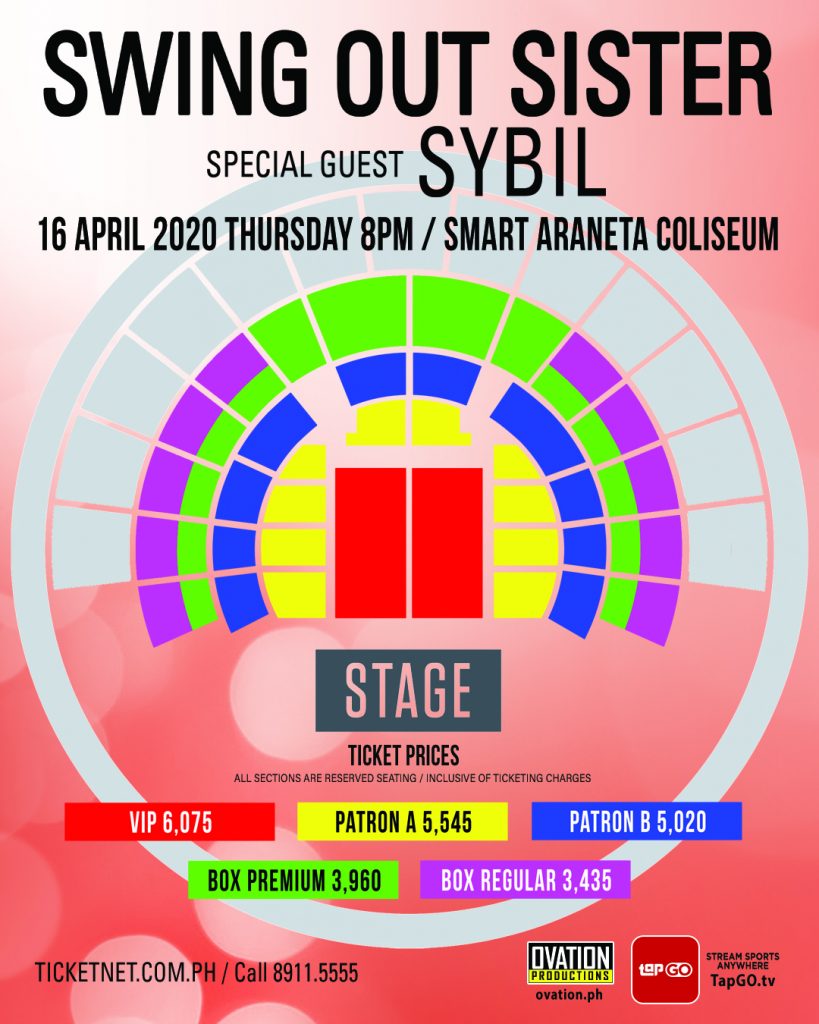 Swing Out Sister 2020 Philippine Tour with Sybil is presented by Ovation Productions in cooperation with TAP Go: Stream Sports Anywhere!