Happening on September 28, 2019, at the New Frontier Theater, Korean actor Jung Hae-In returns to the Philippines for his ‘One Summer Night’ Fan Meeting Tour 2019.

This is the second time for Hae-In to visit the country whereas he had a fan meeting last year at the New Frontier Theater (previously named as Kia Theatre). 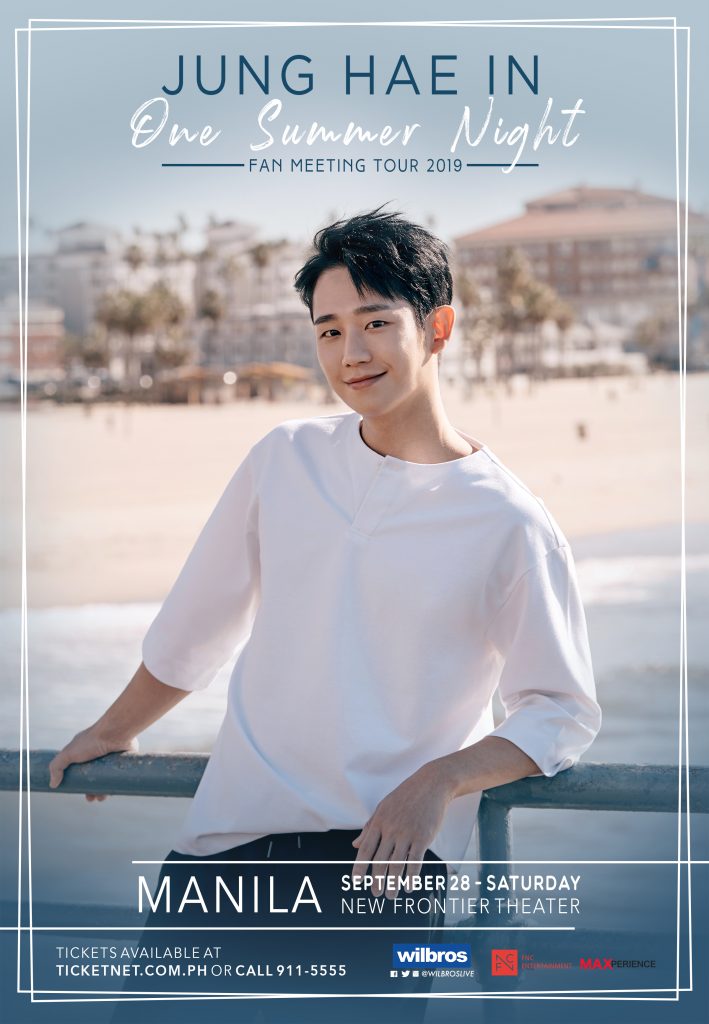 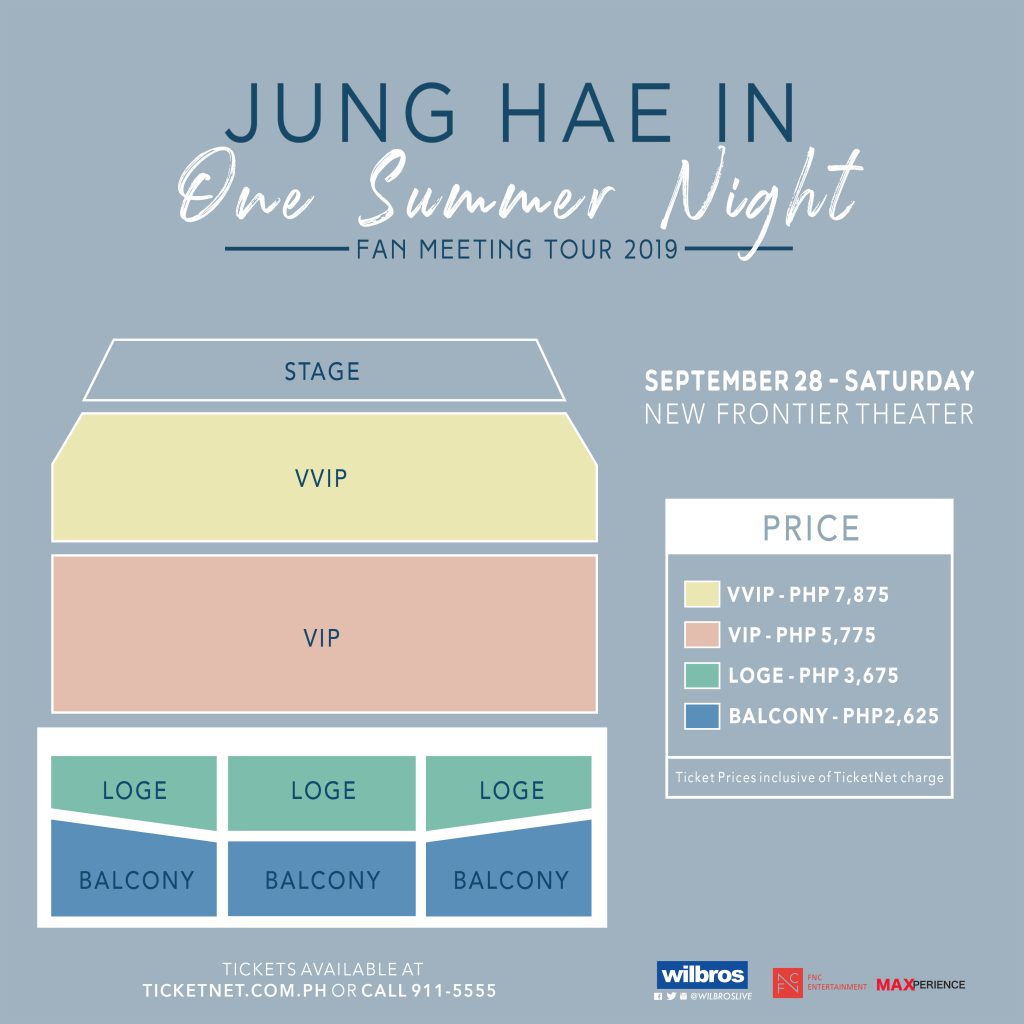 Jung Hae In made his K-drama debut in 2014 via the series Bride of the Century. He eventually gained more popularity in 2017 with his performances in the fantasy romance series While You Were Sleeping and black comedy series Prison Playbook. Then, Jung Hae In bagged his first starring role in Something in the Rain, a 2018 Netflix original series. This year, Hae-In took on the lead role of another Netflix original and romance drama series, One Spring Night. 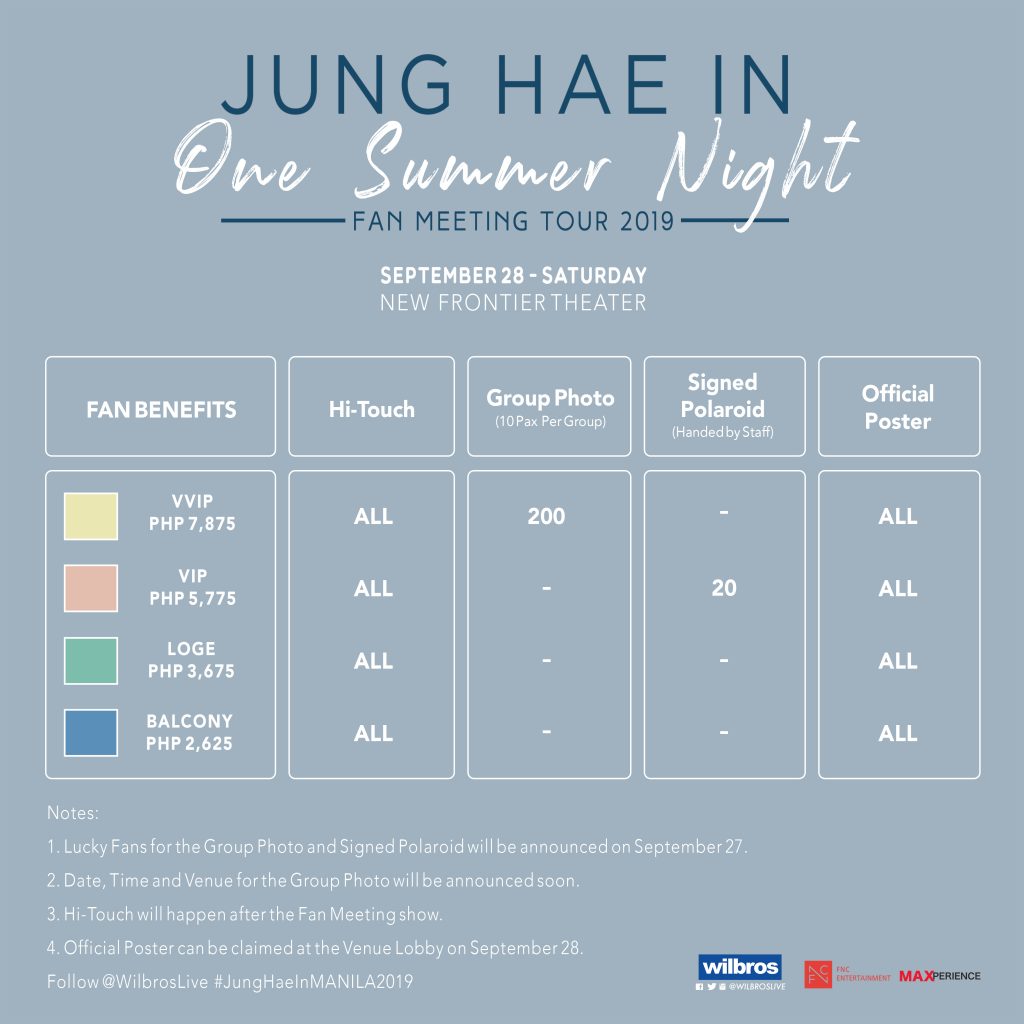 For tickets to ‘One Summer Night’ Fan Meeting Tour in Manila, visit www.TicketNet.com.ph, any TicketNet outlets or Call TicketNet hotline 911-5555. The event here in the Philippines is presented by Wilbros Live.

Previous ArticleKathryn Bernardo and Alden Richards’s “Hello, Love, Goodbye” is a film of chances
Next Article ABS-CBN’s The Killer Bride earns high ratings and rave reviews on its pilot episode