n time for the love month, Saab Magalona-Bacarro and Jim Bacarro took on on Blue Ant Entertainment’s Game of Firsts. The couple, who are now married for four years and together for a total of eight, shared further details about their “firsts” as a couple. Taking their fans to their trip down memory lane, they opened up about their relationship through a fun game, which later on revealed that their first date was the start of their love story. More fun facts about the duo were shared in a light and funny video released on Blue Ant Entertainment’s Facebook and Instagram pages. 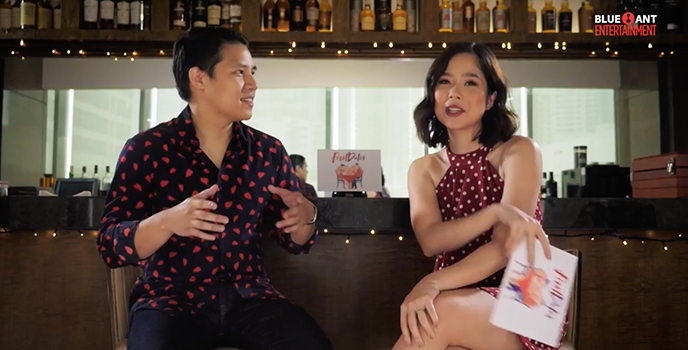 The game started with a question about their first anniversary where they revealed that in the first two years of being together, they did not have an anniversary, they were even unsure of the exact date of their first date. Not knowing what the next question will be, Saab and Jim’s reactions were captured raw and questions were answered on the spot.

The Game of Firsts’ is a test to know how much a couple remember about their “firsts”. The set of questions vary from the color each of them were wearing on their first date, their reaction the first time their partner farted in front of them, to their families’ first impression of each other.

Saab Magalona and Jim Bacarro share their "firsts" in this fun round of Game of Firsts! #FirstDatesonBAM Catch more hilarious and awkward first date moments on First Dates, Mondays to Wednesdays at 8:50pm.