Metro Magazine takes Erich Gonzales to a journey unlike any other—a journey inwards to self-discovery, and a journey outwards to New York, the city that never sleeps where the actress is out to find and reinvent herself as her story becomes the heart of the Big Fashion Issue this September.

To compliment Erich’s personal and stylistic adventure, Metro also goes all out in its quest to find the most coveted pieces of the Fall/Winter season, featuring some of our favorite runway leaders such as Coach, Tommy Hilfiger, Kate Spade, Tory Burch, Michael Kors and more. Selections include a broad range from apparel, accessories, cosmetics, and eyewear, with a playful approach to signature American influences, like modern cowboy, denim on denim, gym classic gal, or the rebel dressing that’s a cross between punk and disco goodness at CBGBs and Studio 54. 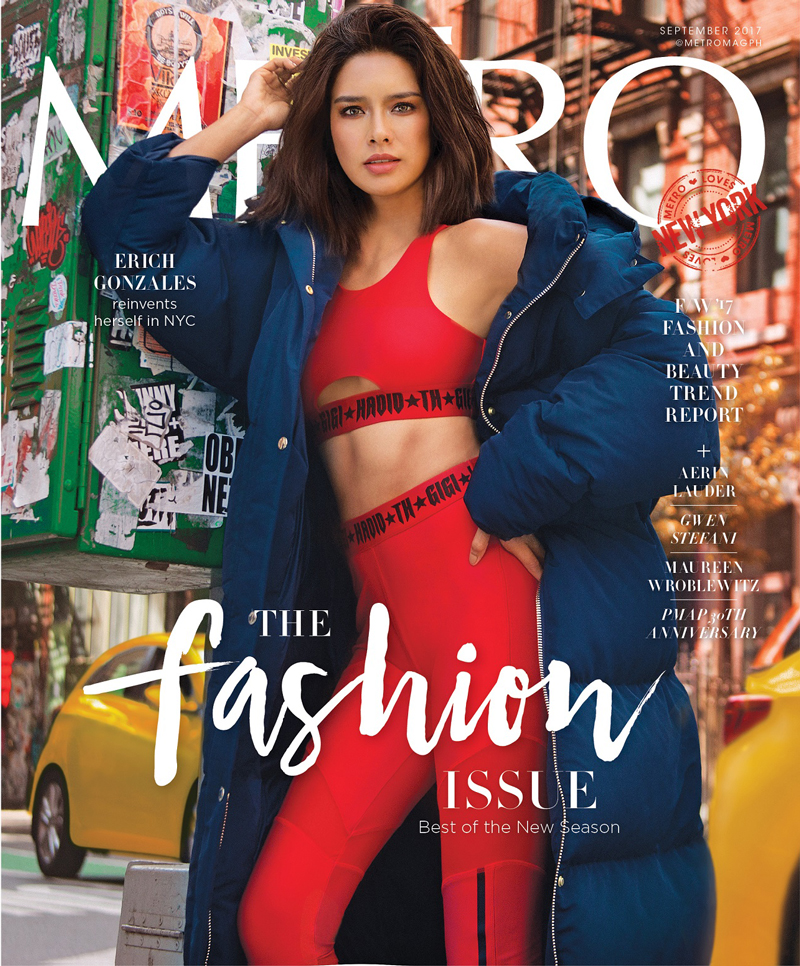 Further reinforcing the American mood is our fourth of July editorial special, featuring a vibrant mix of luxury and high-street fashion. This issue also catches up with Metro’s Editor-at-Large, Sarah Meier, as she takes Metro on a tour to her home strip in Brooklyn. Plus, exclusive interviews with American personalities such as pop star Gwen Stefani, and beauty empire heiress Aerin Lauder.

It’s not all international spotlights, though. Metro also salutes the local fashion and beauty personalities that have made waves in the global scene. One of the most notable features being “Asia’s Next Top Model” Cycle 5 winner, Maureen Wroblewitz, as she recounts her journey to the Top Model title and her dreams for a bright future ahead. 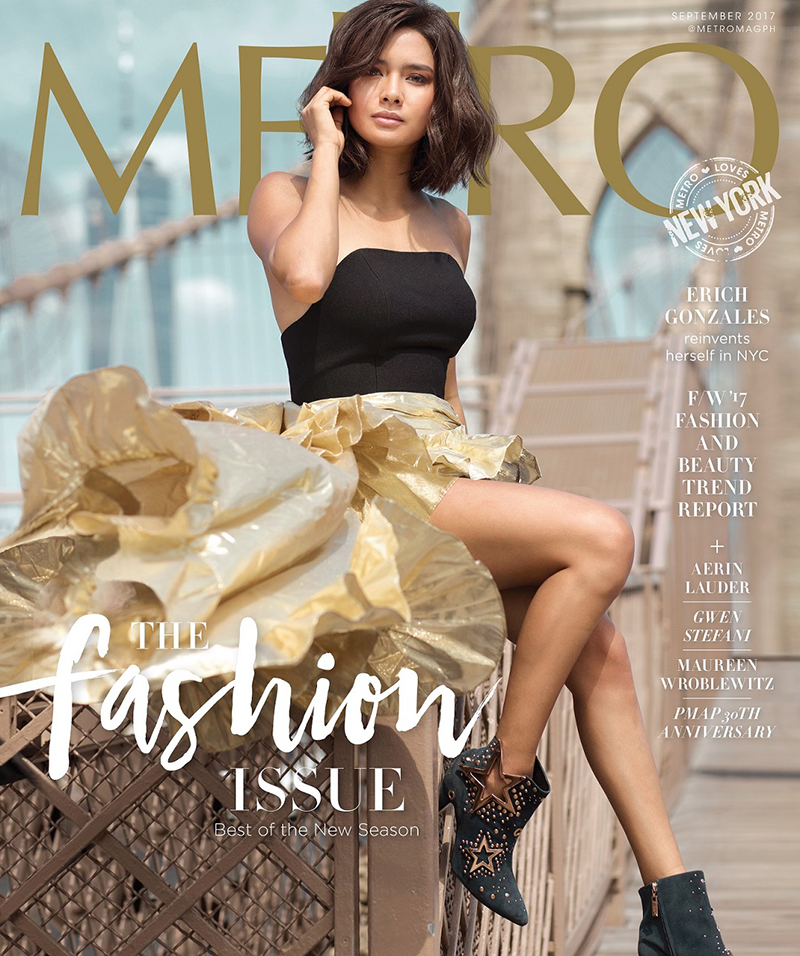 In addition, Metro pays homage to the Professional Models Association of the Philippines (PMAP) as they celebrate their 30thanniversary in a personal account of how they dedicated their efforts into shaping the local modeling industry.

Then to top it all off, enjoy an in-depth guide from makeup artist RB Chanco and her muse, 2017 Binibining Pilipinas Universe Rachel Peters, as they highlight the season’s most exciting beauty trends.

Check out all these and more in Metro September 2017, now available in bookstores and on newsstands for P150.