Jakarta native Warren Hue releases his debut album, BOY OF THE YEAR. BOY OF THE YEAR is a sonically complex body of work, dabbling in both hip hop and electronic music, with sprinkles of pop throughout. The album sees the city of Los Angeles through Warren’s eyes, told through genre-blending sounds and lyrical complexities. It’s his personal account of moving away from Indonesia, pursuing his dreams in music, and the challenging obstacles and vibrant triumphs he experienced being in a new city. 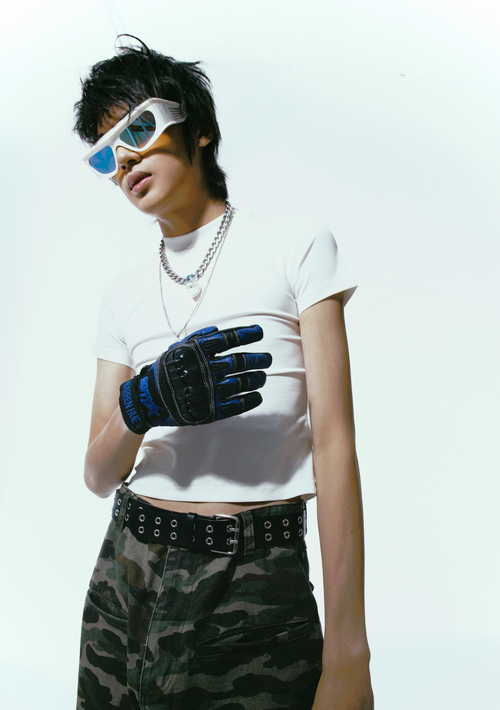 The album release comes alongside a dynamic music video for “IN MY BAG” with Tobi Lou – WATCH HERE. “IN MY BAG” is bouncy and transcendent, assisted by a poetic verse from Tobi Lou. The two artists blend seamlessly on the experimental hip hop track. “IN MY BAG” is the fourth single off of BOY OF THE YEAR, a follow-up to the release of “HANDSOME” (416K streams), which was produced by longtime collaborator and South Korean producer, Chasu. The song made its debut during Warren’s set at 88rising’s HEAD IN THE CLOUDS FESTIVAL last year and he performed the track once more at his sold-out party series “PARTY IN WEST” in Los Angeles. The party series featured appearances from AG Club, Rich Brian, redveil, yvngxchris and more. Earlier this year, Warren also released three singles leading to this project including standout track “W” with yvngxchris and “RUNAWAY W ME”.

In less than two years, Warren Hue has gone from hometown hero performing to 50 fans in Jakarta, to an international sensation performing in front of 100k+ attendees at this year’s Coachella Music Festival as part of 88rising’s Head In The Clouds Forever set. He has been prominently featured in Marvel Studios’ Shang-Chi & The Legend of the Ten Rings soundtrack, on the pages of The New York Times, and has brand endorsements from Samsung and Microsoft. This year, he was named an ‘Artist To Watch for 2022’ by NME, Bandwagon, and Ones to Watch, who hailed him as a “sonic chameleon [that]approaches music with a flexibility that is nothing short of infectious.”

Earlier this year, Warren Hue featured on the high energy track “Getcho Mans,” on 88rising labelmate Rich Brian’s Brightside EP. The track received critical praise from Complex, Pitchfork, Hot New Hip Hop, UPROXX, and more. Warren’s monumental year continues with his forthcoming performance at 88rising’s Head In the Clouds Festival at The Rose Bowl in Pasadena, CA, and his BOY OF THE YEAR North American tour set to kick off in October. Warren shows no sign of slowing down as he opens the next chapter in his music.

GET TICKETS TO THE BOY OF THE YEAR TOUR HERE: BOYOFTHEYEAR.CO/TOUR

Previous ArticleScore tickets to CHA EUN-WOO’s Fan Meeting in Manila with Smart Prepaid
Next Article MPL Philippines returns with LAKAS NA10 TO on 12 August for Season 10!