Two-time Grammy-nominated producer and globally renowned artist, Steve Aoki, unites with one of the most exciting artists in the Mexican urban music scene, Santa Fe Klan, and featuring top-charting Mexican artist and rapper, Snow Tha Product, for the release of his latest song, “Ultimate,” via Aoki’s Dim Mak En Fuego. The song and its official music video are available to stream on all digital platforms today. 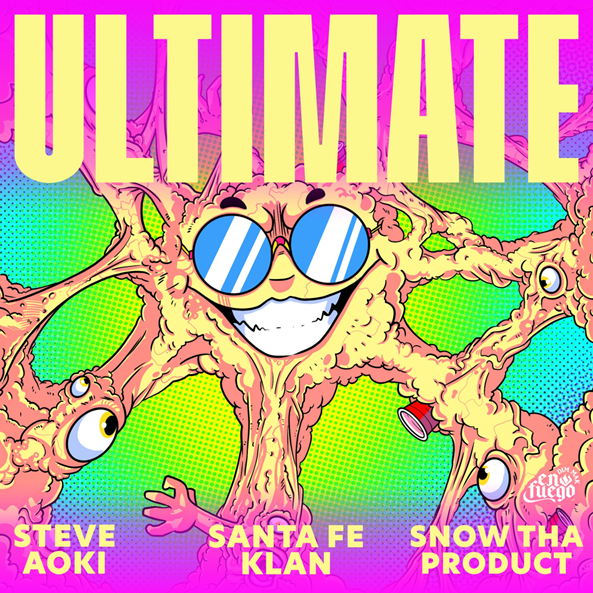 With “Ultimate,” Aoki shows off his masterful versatility as a global artist, giving his audience around the world a different sense of his musical dexterity. A seamless tropical fusion intertwining with a trap-heavy beat, the esteemed producer experiments a new sound that pairs perfectly with the vibe and force of Santa Fe Klan’s wordplay while meshing Snow’s signature flow and dynamic vocalization. Carefully curating and maintaining the essence of all artists in this certified hit, Steve Aoki brought to life the ultimate summer banger.

“On HiROQUEST: Genesis, I knew I wanted to highlight the global sounds that continue to inspire me – ’Ultimate’ is the perfect fusion of rap, cumbia and reggaeton rhythms. It’s become a staple in my shows this summer, lighting up clubs around the world. Santa Fe Klan and Snow Tha Product were both incredible to work with and made this a legendary one turning it into the Ultimate,” shared Steve Aoki.

“This is very different from the music my fans generally get to hear from me and I was really excited to tap into the electronic scene with none other than the best of the best, Steve Aoki. I had a great time creating the song and recording the video alongside Steve and Snow and I’m excited to finally share it with the world,” commented Santa Fe Klan.

“Very excited to work with two legends, Steve Aoki and Santa Fe Klan, honored to be on such an awesome fusion of sounds,” said Snow Tha Product. 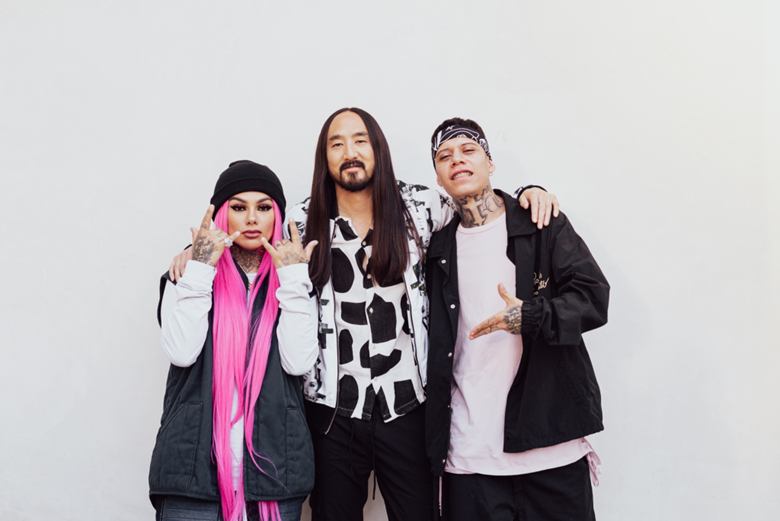 Uniting two of the strongest and most unique forces in this exhilarating anthem, the video effortlessly captures the energy and feel of the song. Entering the scene of a lively house party, “Ultimate” sees Santa Fe Klan immediately indulge into his potent verses surrounded by vibrant socialites. Taking a turn and making his presence known, the video showcases Steve’s ability to be the life of the party as he joins the celebration while Snow Tha Product dominates the scene as she performs through her verses. The video was produced by Maliik Morales and directed by Mariah Morgenstern, New Royalty Films.

“Ultimate” follows in the footsteps of Aoki’s latest release “Kong 2.0” alongside Natanael Cano. A follow up to their previous “Nataaoki” off of Cano’s album NataKong, “Kong 2.0” sees Steve fuse catchy rhymes with a mesmerizing melody that quickly kicks up the energy in this Latin dance hit. When mixed with Aoki’s musical acumen, Cano’s powerful yet effortless corridos vocals provide a new layer of excitement and nuance to the song.

Last month, the visionary producer and artist also teamed up with English singer-songwriter HRVY for their song “Save Me,” as well as the manically furious and guitar heavy track “KULT” with grandson and Jasiah. Earlier this year, Aoki launched A0K1VERSE, a new ecosystem bridging real-world experiences with web 2.0 and web3, continuing to pave a path towards the future as one of the top leading innovators in the NFT space. Currently, Steve Aoki is putting the final touches on the highly anticipated release of his upcoming album, slated for release in the upcoming months.