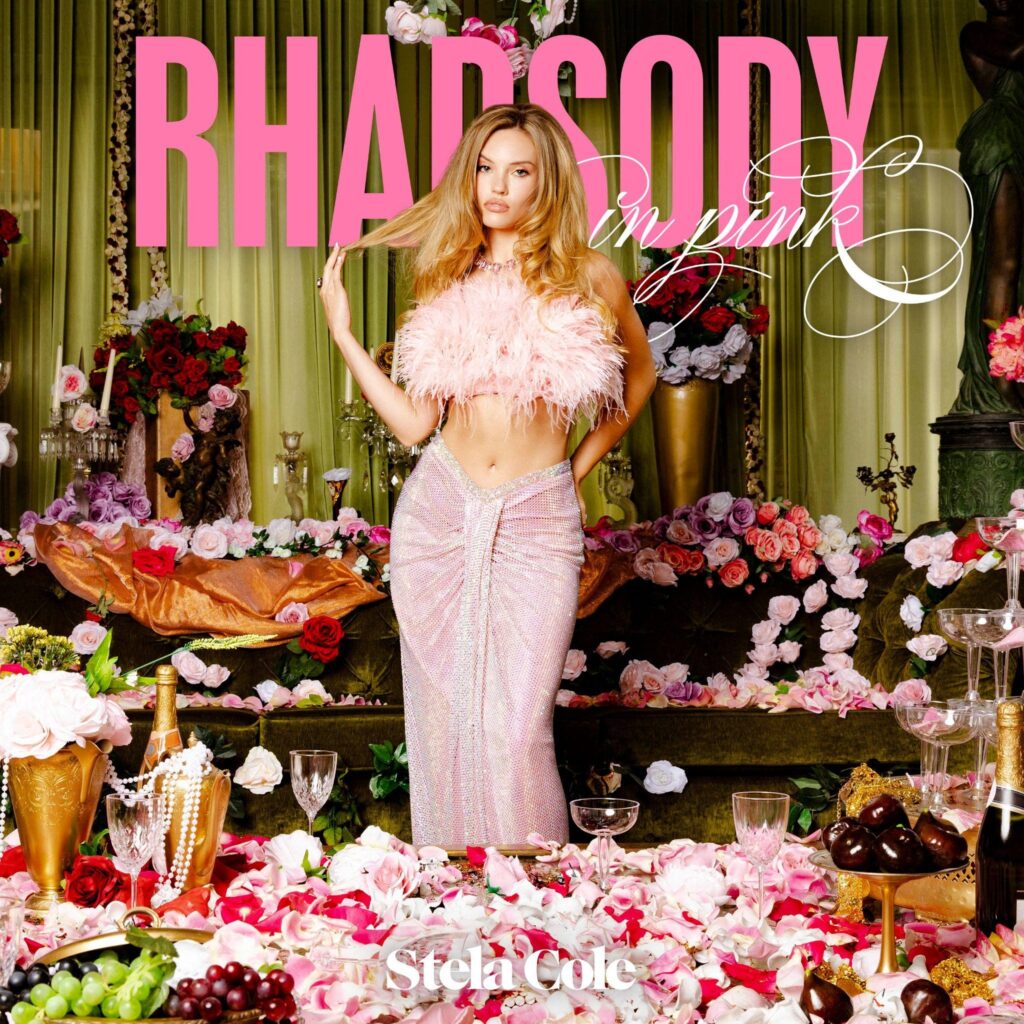 “‘Rhapsody In Pink’ is so much more than a song to me. It’s a work of art. It has completely transformed my vision as an artist, and I feel more authentic than ever,” shares Stela. “I wrote the song about knowing your worth, especially as a woman, and I love how it’s fun and playful but also sends the message that I won’t be fucked around with.”

On how the song came to be, she continues, “I have been scheming the song for over five years now. I grew up loving George Gershwin, and his piece ‘Rhapsody in Blue’ is one of my favorite compositions of all time. One night back in 2016, I was watching Baz Luhrmann’s The Great Gatsby and it was playing at the party scene where they first introduced Jay Gatsby. I had just gotten into writing music, and it sparked this insane epiphany. I thought to myself, ‘how has nobody flipped ‘Rhapsody in Blue?!’’ I stored the idea and kept it in my notes for years until 2020 when it went into public domain, but I still wanted to wait for the right energy, and I needed to be the most confident version of myself to pull off the lyrical concept I was envisioning. Flash forward to November 2021, I met producer Alex Veronneau and knew he was my guy. I had gone through a breakup and was feeling like the most empowered, independent version of myself. It was the perfect combination. Alex and I stayed up till 4AM one night writing ‘Rhapsody In Pink’ and it came together effortlessly. I left the studio feeling so complete. I’d finally written my dream song.”

Explosive, elegant, and irresistibly larger-than-life, Stela Cole’s music radiates the kind of unbridled confidence that leaves a long-lasting impact. But for the Georgia-bred singer/songwriter, the bold energy of her immaculately composed pop comes from years of fighting for her vision and refusing to compromise the elaborate depth of her artistry. Newly signed to Ultra Records, the Los Angeles-based artist is now set to deliver her most extravagantly realized music yet, showing the full force of her soulful voice and fearless authenticity for the very first time.

“Rhapsody In Pink” is a powerful introduction to the next era of Stela’s music and is her latest single since performing on NBC’s American Song Contest earlier this year, representing the state of Georgia and breaking the show’s season record for week 1 streaming with break-up single “DIY,” co-written by Tele (Lizzo’s “Truth Hurts”). Throughout her career, Stela has released two EPs [Throwing Up Butterflies (2018), Woman Of The Hour (2020)] and a string of independent releases including hit single “I Shot Cupid,” the raw and rapturous “You F O,” and the sultry “Love Like Mine,” racking up over 80 million global streams and support from the likes of Refinery29, HuffPost, PopDust, Just Jared, and Digital Journal among others.

Previous ArticleSeth only has eyes for the girl he woos in latest single “Kundi Ikaw”
Next Article Get Ready To Rock With Paolo Sandejas Live At Alabang Town Center This Weekend!