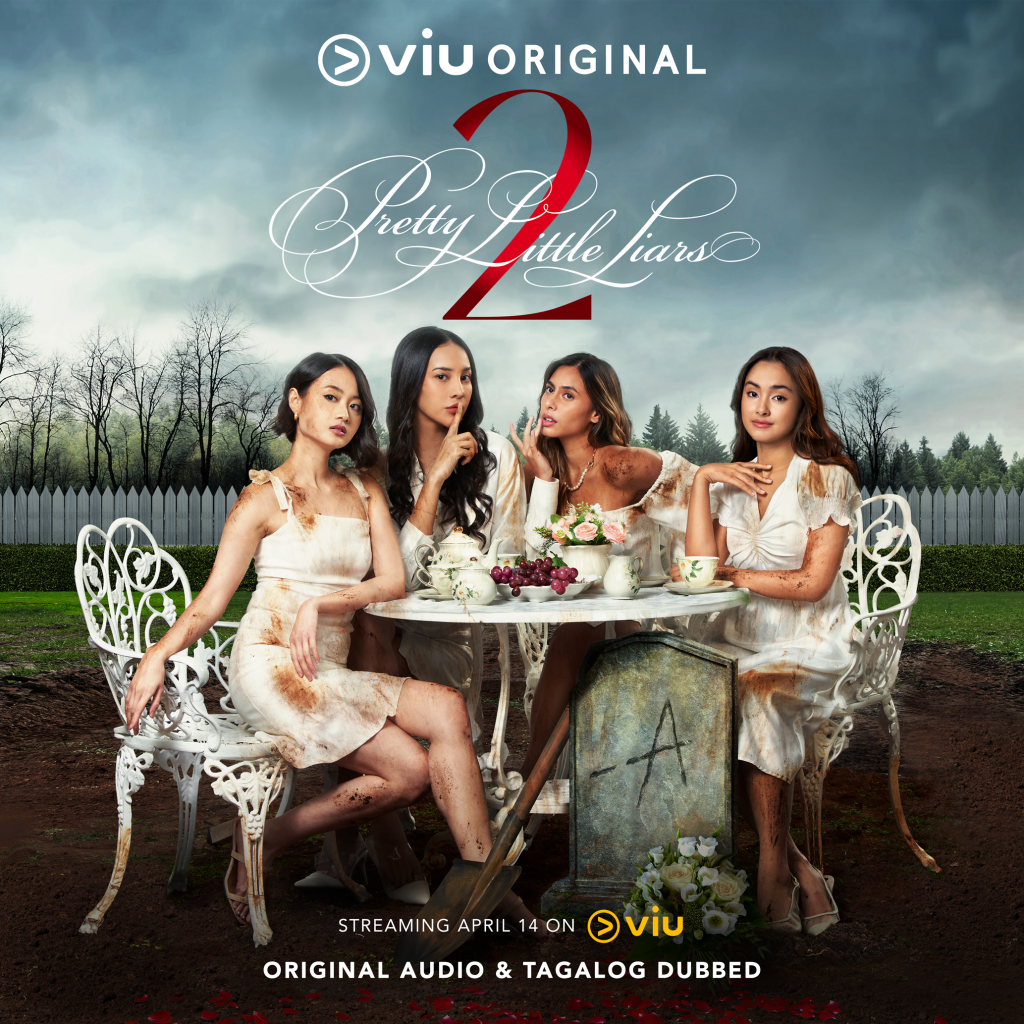 The winner of the Asian Academy Creative Awards and Content Asia Awards for the first season bringing pride to Indonesian storytelling  through the teen mystery-drama of the same name from WBITVP,  Viu’s Pretty Little Liars adaptation is set in the fictional town of Amerta, exclusively created in Bali.

Pretty Little Liars follows the lives of four female students whose clique fell apart when their leader, Alissa (Yuki Kato), went mysteriously missing. The Liars find themselves reunited when they suddenly begin to receive creepy messages from a mysterious figure known as “A”, who threatens to expose their darkest secrets.

In season two, Hanna (Anya Geraldine), Ema (Caitlin Halderman), Sabrina (Vanessa Thomas), and Aria (Shindy Huang) try to uncover who was behind the accident that happened with Hanna in the first season, and the main big question mark remains: is A actually dead or still alive? and continues to provide the cliffhanger entertainment that is expected from this scale of production from Viu.

The series, directed by Emil Heradi and produced by Visinema Pictures’ Angga Sasongko. In addition to the main ensemble, it brings a number of seasoned big cast members, such as Wulan Guritno, Tarra Budiman and Irgi Fahrezi, alongside new casts like Bastian Steel, Bio One and Fandy Christian.

“We are so excited to bring this latest Season of Pretty Little Liars, and Viu-ers will get access to all these amazing series through this Ramadan starting from Assalamualaikum Calon Imam to our Korean Drama Again My Life and now this show. We’ve consciously taken note of increasing cases of bullying that resulted in depression among young people, due to a fully open digital world we bring this drama to our viewers to reflect and start social conversations around these subjects. And together with Angga’s and Emil’s magical touch, we have successfully translated our vision into a piece that takes this season to the next level with deeper connect to the audience, stylized character growth, and an immersive plot which is believed to make the audience even more engaged than before,” said Varun Mehta, Country Head Indonesia, Viu.

Viu-ers can watch the series on the Viu app, which can be downloaded for free on the App Store, Google Play, select smart TVs, and the web.

Viu Original, Pretty Little Liars Season 2,  both in its original and Tagalog dubbed versions will stream on April 14, 2022.