Young Kapamilya musician Angela Ken is the latest female artist to land a coveted billboard feature in the middle of Times Square in New York City as the face of Spotify Philippines’ EQUAL campaign this January. 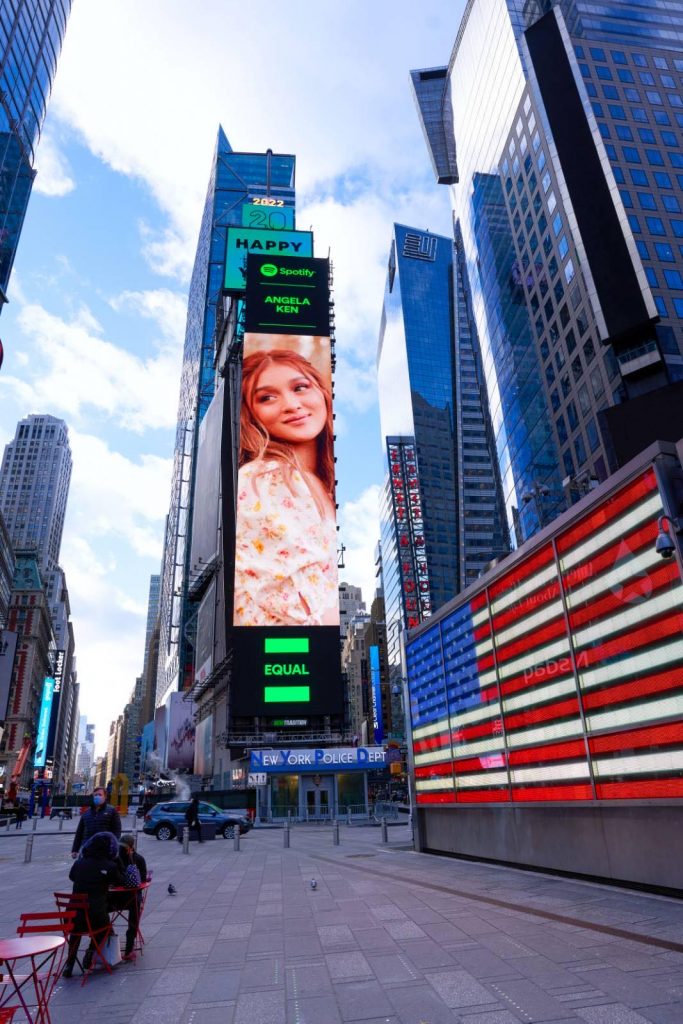 Barely a year into her music career after she signed with ABS-CBN Music and released her massive hit “Ako Naman Muna” in March 2021, Angela said she is speechless with all the blessings that has been happening to her.

“I am out of words and words will never be enough to say how blessed I am to have amazing people in my life,” Angela wrote on Instagram. She also encouraged her supporters to never give up on their dreams saying, “Darating din tayong lahat, maniwala lang tayo sa Panginoon at sa sarili natin.”

Spotify’s EQUAL playlist is a global women-focused initiative that aims to highlight female creators on the platform to foster equity in the music industry. Other Filipina artists who were previously named artist of the month are Nadine Lustre, Kiana V, Ylona Garcia, KZ Tandingan, and Belle Mariano.

Meanwhile, Angela recently dropped her new single “It’s Okay Not To Be Okay,” which she co-wrote with ABS-CBN Music creative director Jonathan Manalo in collaboration with the ‘King of Talk’ Boy Abunda, whose trending question in the Binibining Pilipinas 2021 pageant served as the inspiration behind the song.