Widely considered as modern-day kings of the underground, Manchester, U.K.-based duo Solardo (James Eliot & Mark Richards, aka MRK1) have been tapped by Ultra Records for their incredible studio prowess to remix the track that started it all for the legendary label as it celebrates its 25th Anniversary.  Released on October 1 is Roger Sanchez’ “Release Yo’Self (SOLARDO Remix).” 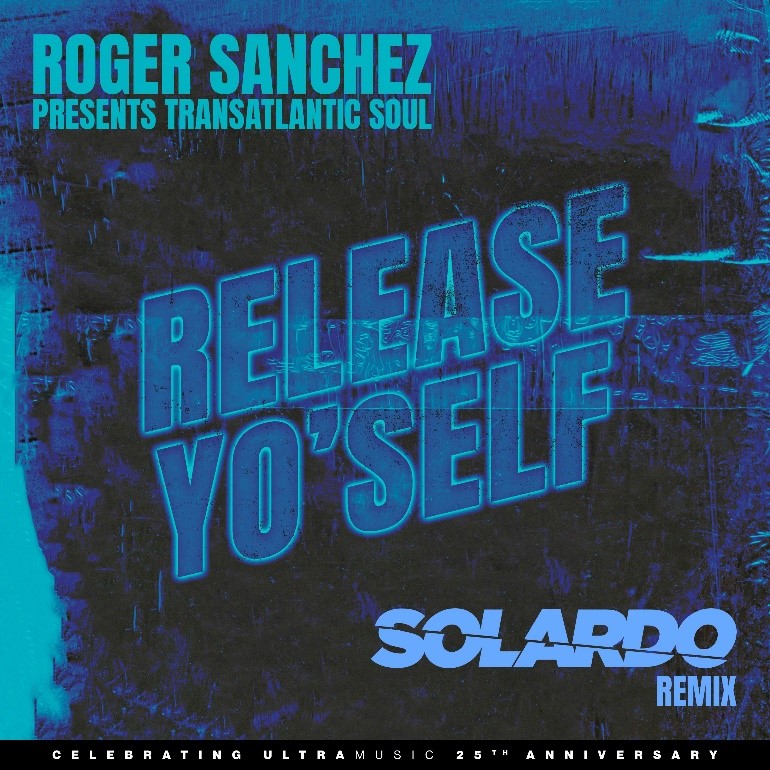 MK, David Guetta, Black Coffee, Nicole Moudaber & Carl Cox are just a few talents whose productions received early remixes from the duo. Solardo’s success didn’t go unnoticed and they signed to Ultra Music going on to release hits like “Be Somebody” (2018), “Move Your Body” (2019), “My Life” (2020), and arguably their most successful release to date, “XTC.”

“I love what Solardo have done with ‘Release Yo’Self’ – It was the first proper release on Ultra Records, as well as the basis for my Release Yourself radio shows and events and they have brought it up to date with their sound while keeping my original vibe – I’ll be dropping this in one in my sets!” shares Roger Sanchez.

For a quarter of a century, Ultra Music has become one of the most respected electronic and dance music brands on the international scene.  This year, Ultra Music celebrates its 25th anniversary with a commemorative remix package set for release October 29 of which SOLARDO’s “Release Yo’Self” remix will be featured. 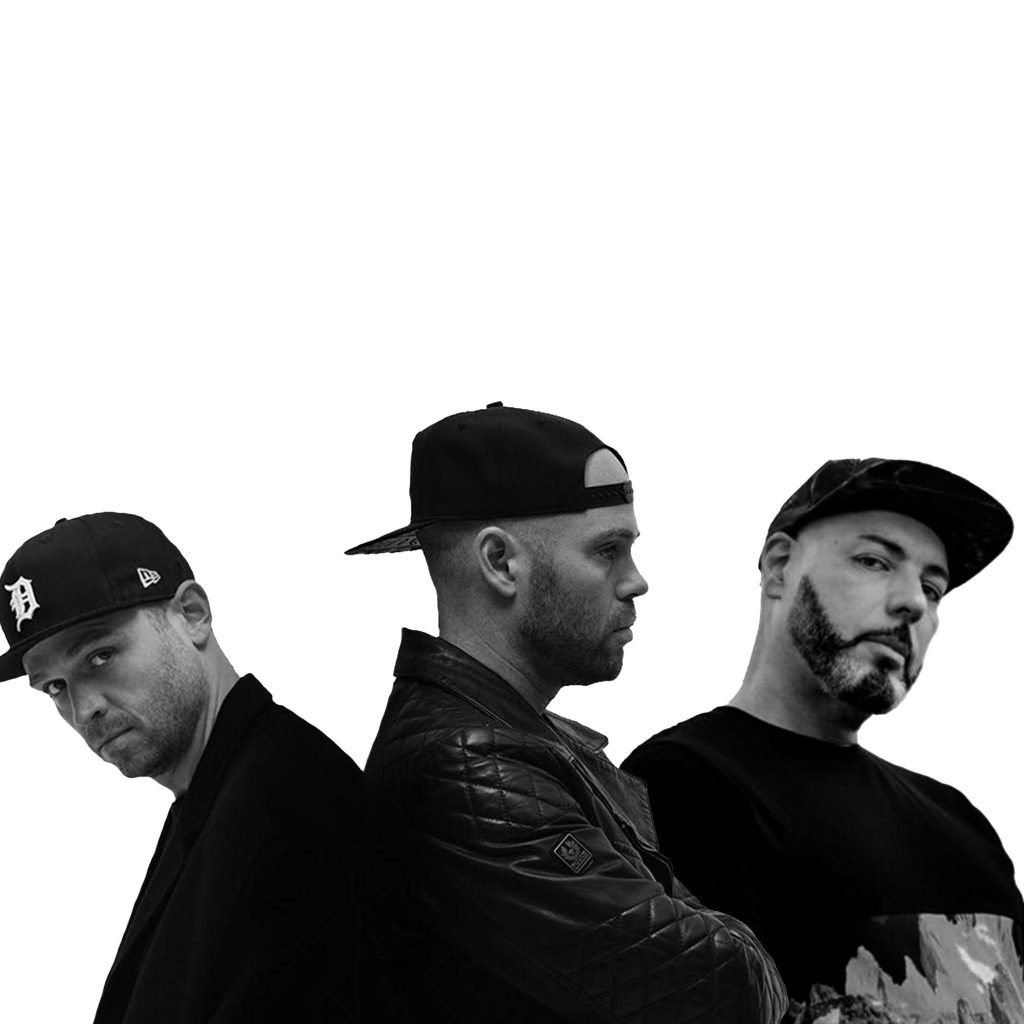 About Roger Sanchez
Roger Sanchez is an artist who is always moving forward, re-defining house music – the crafting of which started in the late 80s, where as a young man he was enticed by the explosion of Hip-Hop that was taking over the city first embracing the culture as a b-boy and graffiti artist. Releasing music under a multitude of monikers, including the S-Man, Roger S, The Nu- Solution, Underground Solution, DV8, Ego Trip, El Mariachi, The Funkjunkeez, Tribal Infusion, Twilight and Transatlantic Soul, his first 12-inch, “Dreamworld” came out on the Outer Limits imprint in 1990 under the name Egotrip, and was the turning point that shifted his focus from simply playing music to producing.  Just over 10 years later in 2001 Roger reached the pinnacle of success, scoring a chart topping #1 record with “Another Chance” which laid the foundation for international demand and has gone on to amass over 40 million streams. Roger hasn’t stopped since, touring the world from Glastonbury to Tulum and everywhere in between and boasting prominent residencies in Ibiza since 2000 at Space, Cream, Glitterbox, Defected, Pacha, Amnesia and more. As well as releasing a slew of original records on influential independent labels such as Strictly Rhythm, One Records, and Defected as well as across the majors over the years, he’s also being called upon to remix for a wide range of artists including Michael Jackson, The Police, Diana Ross, Jamiroquai, Maroon 5, and No Doubt, for which he won a GRAMMY in 2003 for ‘Best Remixed Recording’ for their smash “Hella Good.”

Always motivated by that innovative spirit, Roger was an early pioneer of podcasting and was awarded the first-ever ‘Best Podcast Award’ at the International Dance Music Awards in 2007. He currently hosts Release Yourself, a weekly terrestrial and online radio show and podcast that features not only his own productions but also features up and coming artists. It attracts over 20 million listeners around the world and is broadcast in over thirty markets on every continent, and if that weren’t enough, he creates many of his podcasts and mixes from the road.  Whether it’s via his recent hits “Dream on Me” with Ella Henderson and “Another Chance 2021” with Oliver Heldens, his charity work or his graffiti and digital art, Roger is always finding innovative ways of connecting with his audience and pushing the boundaries of his craft. https://www.rogersanchez.com/

About Solardo
Widely considered as modern-day kings of the underground, Mancunian duo Solardo (James Eliot & Mark Richards, aka MRK1) continue to blitz all before them, amassing widespread plaudits for their role as not just hugely popular DJs, but also label owners, and innovative forward-thinking producers. With the prolific duo’s meteoric rise a true testament to their hard work in the studio and infectious energy in the club, a slew of early releases via imprints such as Viva, and elrow helped rocket the pair to their first Beatport Number #1 with their breakthrough record on Hot Creations, ‘Tribesmen’. Having later released EPs on Toolroom Records, Lee Foss’ Repopulate Mars and Green Velvet’s Relief Records, Solardo soon branched out into their now iconic Sola imprint – which soon became a home for a flurry of the most predominant tech-house tracks on the circuit. With over 100 releases on the label with tracks from the likes of Andrea Oliva, Martin Ikin, Max Chapman, and Grammy nominated duo CamelPhat – who Mark & James worked with on collaborative club track ‘Accelerator’, the label has gone from strength to strength hosting parties at the BPM Festival, The Warehouse Project and its own club showcase at The Source in Maidstone. In 2020. After remixing the likes of MK, David Guetta, Black Coffee, Nicole Moudaber & Carl Cox, Solardo’s success didn’t go unnoticed, and they signed to Ultra Music. Since then, the pair have gone onto release hits “Be Somebody” (2018), ‘My Life (2020)’, ‘Tear It Up (2020)’ and arguably their most successful release to date, ‘XTC’. The track has been, and still is, an anthem for them and many DJ’s alike with it being hailed as one of the tracks of the summer in Ibiza in 2019. The record was championed by Annie Mac (Hottest Record In The World), Pete Tong, Danny Howard (Friday Fire) & MistaJam (#1 Radio 1 dance charts) across BBC Radio 1. The tracks’ success didn’t end there, with it being voted the winner of ‘best track of the year’ at the DJ Mag Best of British awards. Towards the end of 2019 they hooked up with legendary producer Marshall Jefferson to commemorate the 33rd anniversary of one of the most iconic house tunes ‘Move Your Body’. With the lads touch, the track was reborn into a modern day anthem only proven by it dominating the Beatport charts (the release was No.1 for 46 days which is an all time record!), being added to BBC Radio 1’s ‘A’ list for three weeks straight and Scott Mills & BBC Radio 1 themselves selecting it for ‘Tune Of The Weekend’.

Kicking 2020 off with a positive note, their sold-out homecoming show at The Albert Hall in February has been a highlight of what has been their strangest year since their beginnings. Adapting to the ever changing surroundings that the Covid-19 Pandemic brought, and the increasing want for punters to be able to access their favourite artists, Mark & James started their own live stream ‘Saturday Night Live’. This was a first going beyond the normal DJ set. An interactive stream with games and features to allow maximum interaction between viewers. Collaborating with Mixmag, DJ Mag, Snowbombing, Sennheiser amongst others, the stream was a resounding success having had over 1.2 million individual views over the course of the five shows, keeping people going during the toughest period of lockdown. The success of Saturday Night Live didn’t go unnoticed and it wasn’t long until other innovative ways for brands to interact with their fans came around. One of the most forward thinking streams to date was Tomorrowland’s ‘Around The World’ Festival, a 2-day digital music festival experience, uniting the planet’s biggest names in electronic dance music and the world’s best technology in 3D design, which Solardo were directly invited to Tomorrowland HQ to record. Over one million people tuned in for the visual experience. Towards the end of the summer Solardo launched the ‘Sola Lost Summer Sessions’, a 15-track compilation supporting artists with a collection of music that represents our lost summer of 2020. With records from Hannah Wants, Kevin Knapp, Max Chapman & more, it saw Sola partner up with Beatport for the campaign to develop a live stream broadcast from Mayfield Depot, home of the Warehouse Project. With a full production, the stream was visually epic and reached almost 5 million people, with over 1 million unique viewers as Solardo, Waff, Latmun, Martin Ikin & co all held it down for an unforgettable experience. Coinciding with their label Sola, Mark & James launched sister label Sola Nauts in September with the first release coming in the form of Andrea Oliva, which the pair also remixed themselves. Concentrating on more the underground sounds, the label has further seen EP’s from Late Replies & Miane. The duo’s own radio show named ‘The Spot’ continues to go from strength to strength. Fast approaching it’s 100th episode, they have so far had guests such as Claude VonStroke, Nicole Moudaber, Andrea Oliva, Nic Fanciulli, MK, Calvin Harris AKA Love Regenerator and Pete Tong all contributing guest mixes for the pair.  www.solardo.net