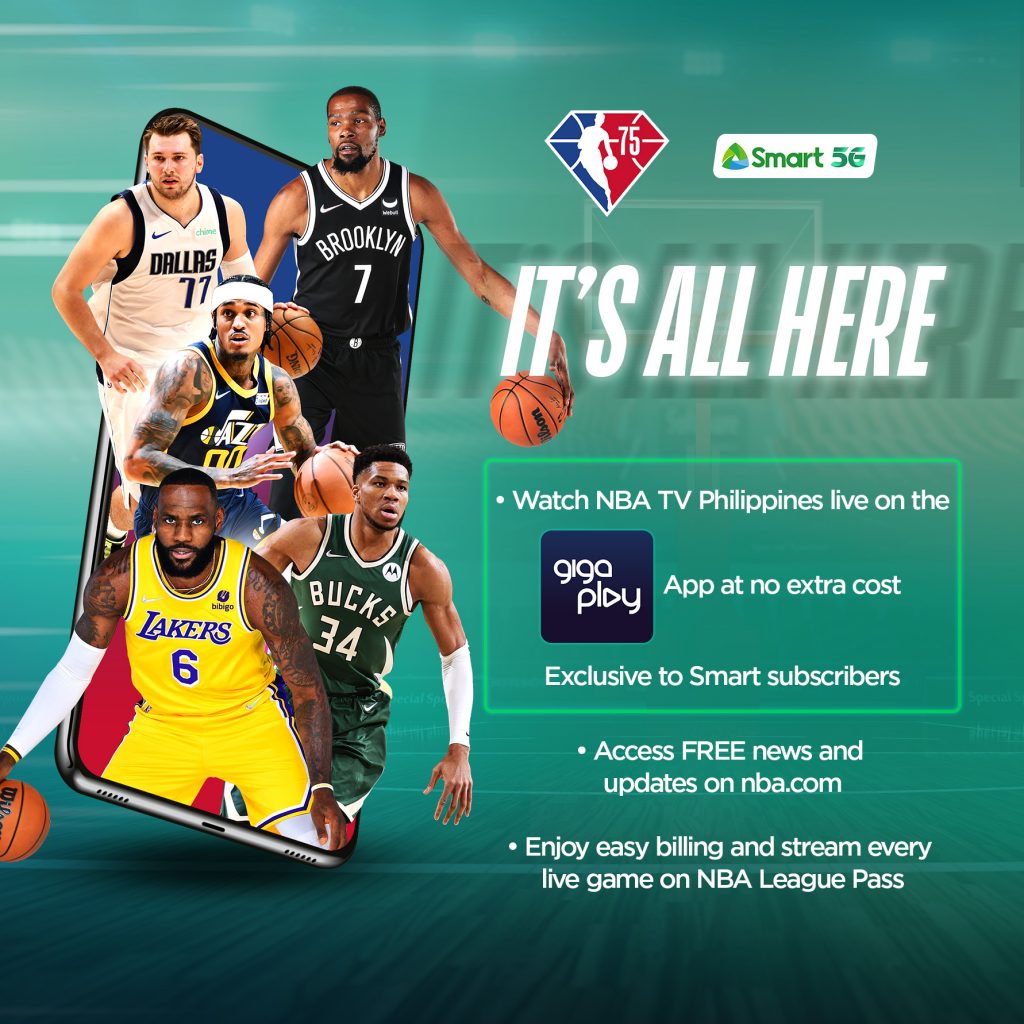 During the 2021-22 season, the NBA will commemorate the 75 greatest players and feature 75 Classic Matchups to celebrate the teams, players, coaches, and moments that have defined 75 years of NBA basketball. Tipping off this slate on Nov. 1 (Nov. 2 PHT) are the Toronto Raptors and the New York Knicks, marking the league’s first regular season game played on Nov. 1, 1946 between the New York Knickerbockers and then Toronto Huskies. The Classic Matchups will also pay tribute to three of the NBA’s original franchises: the Boston Celtics, Golden State Warriors (formerly Philadelphia Warriors) and the Knicks, which have all played in every season of the NBA.

On Oct. 19 (Oct. 20 PHT), the NBA’s opening day will showcase marquee matchups featuring a rematch of the 2021 Eastern Conference Semifinals between the defending NBA Champions Milwaukee Bucks and the Brooklyn Nets followed by Stephen Curry and the Warriors taking on LeBron James and the revamped Los Angeles Lakers at STAPLES Center.

Additionally, Filipino fans will have the opportunity to watch Filipino-American players Jordan Clarkson of the Utah Jazz and Jalen Green of the Houston Rockets in their first game against each other during Houston’s Filipino Heritage Night on Oct. 28 (Oct. 29 PHT).

There is no reason to get left behind when it comes to the latest NBA action if you’re on Smart. Access the entire 2021-22 NBA season with only a few taps on your smartphone via the GigaPlay App, which offers a selection of sports and entertainment content that can be accessed for free as well as live and on-demand.

To enjoy the 2021-22 NBA season on GigaPlay, Smart prepaid subscribers need to have the app installed with an active Giga Video subscription, while Smart Signature and Smart Infinity users can watch select live games through the app using their mobile data allocation. Smart subscribers can also stream GigaPlay content while on a PLDT connection.

More ways to enjoy the game

Alternatively, Smart customers can subscribe to NBA League Pass, which provides the most comprehensive live and on-demand access to an entire season of NBA games in high-definition with live stats and multiple viewing options. Postpaid subscribers can pay with their Smart mobile plan, while prepaid users can subscribe via their prepaid load.

“We know Filipinos are eagerly anticipating the return of the NBA during its landmark 75th season. Through our partnership with the NBA, we look forward to providing accessible platforms for Filipino fans and Smart subscribers to express their passion for basketball by supporting their favorite teams and players via the GigaPlay app, NBA League Pass, and NBA.com,” said Jane J. Basas, SVP and Head of Consumer Wireless Business at Smart.

To watch live NBA games and programing on NBA TV Philippines anytime, anywhere on your smartphone, simply download the GigaPlay app on the App Store or Google Play Store, or visit smart.com.ph/gigaplay.

Switching to Smart without having to change your number is now possible with Mobile Number Portability (MNP) capability. Covered by the MNP Act or RA 11202, MNP enables Filipinos to retain their mobile number even when they change service providers, giving them greater freedom to choose the best network and services that suit their needs.

Under MNP, customers may also switch their prepaid account to a postpaid plan and vice-versa without replacing their mobile number.

To switch to the Smart network, a mobile user must first secure a Unique Subscriber Code from their original provider to serve as clearance and bring it to the nearest Smart Store along with a valid ID and any proof of mobile ownership. From there, Smart will begin processing the MNP application without any charges.