“MMK” brings together its past letter senders and artists who starred in their life stories for its 30th-anniversary docu-drama series “MMK Shorts: Beyond the Lens,” streaming on ABS-CBN’s YouTube Channel every Saturday, 8 PM. 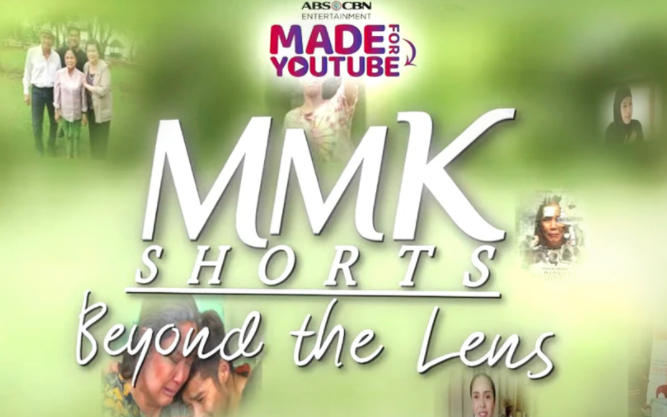 This Saturday (September 25), Vilma Santos will reminisce about her experience in doing the award-winning episode on the struggles faced by Daisy Hernandez in taking care of her daughter with special needs. She will be joined by Daisy herself who will be talking about the help she does for PWDs in her community.

In “MMK Shorts: Beyond the Lens” features past letter senders and their unseen stories after the “MMK” airing of their true-to-life narratives.”MMK Shorts: Beyond the Lens”is a part of the newest “Made for YouTube” titles under the newly launched “Kapamilya YOUniverse,” which promises to stream the best in entertainment, music, film, and news via the coming together of its various YouTube channels.

The weekly YouTube special also lets past letter senders meet the actors who portrayed their life stories, revisit their struggles, and talk about their current lives. Aside from the updates, the docu-drama series is a testament to the strong connection and relationship of the program and its letter senders.

Meanwhile on October 2, the said series will feature nurse rapper Fatima Palma, whose story first aired in 2014 after her video of performing a rap song for one of her patients in the ICU went viral. Viewers can learn more about her fight for nurses in the country especially during this pandemic. She also prepared a rap song for her colleagues and friends.

In the premiere episode of “MMK Shorts: Beyond the Lens” last Saturday (September 18), Charo interviewed the country’s first Olympic gold medalist, Hidilyn Diaz. The Philippine Olympian shared some of her feats after her life story was first shown on “MMK” and the struggles she faced before competing in the Tokyo 2020 Olympics. She also talked about her advocacy in helping young weightlifters in her province.

In the succeeding episodes, viewers will also get to watch other letter senders whose stories were featured in “MMK” with Kim Chiu, Charlie Dizon, Jameson Blake, Elisse Joson, and Maris Racal as the stars.

Watch “MMK Shorts: Beyond The Lens” every Saturday, 8 PM on ABS-CBN’s YouTube Channel.