Star Magic artists will use their voice to encourage more Filipinos to register to vote and participate in the upcoming 2022 national elections as ambassadors of the voter registration campaign of ABS-CBN’s Bayan Mo, iPatrol Mo (BMPM). 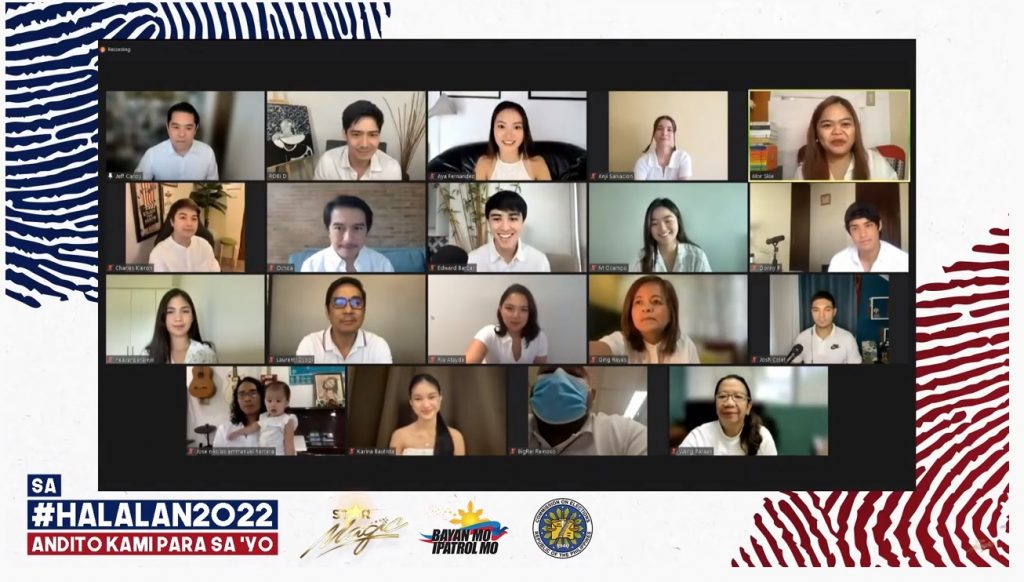 Star Magic and BMPM announced their partnership in coordination with the Commission on Elections (Comelec) on Thursday (August 19), and introduced the stars that have joined the cause.

Meanwhile, Comelec director James Jimenez said that artists speaking out about the importance of voting is a big help in convincing people to register for the elections.

As for ambassadors Robi Domingo and Ria Atayde, a single vote can spell a huge difference for the future of the country.

“Remember that we’re gonna be part of something big, it’s not a story of a champion or a titleholder, this is not just our story, it’s history. It will have a ripple effect on the future generations. Instead of saying ‘isa lang ako,’ say, ‘isa pa ako,’ Robi shared.

Ria added, “You don’t have to have a million followers to create change. So it’s good to see that within our circle in Star Magic, we’re doing this. As simple as one vote seems, your vote matters.”

As ambassadors, the stars will emphasize the role of the youth in nation-building through their participation in the elections as they take part in BMPM workshops nationwide and BMPM’s voter education efforts on social media.

Filipino citizens aged at least 18 years old, residents of the country, and currently living in the place they intend to vote in for at least six months are eligible to register.

They just need to fill out the online forms on iRehistro (irehistro.comelec.gov.ph/cef1) and go to the nearest Comelec office to submit their accomplished application forms together with a valid ID and a photocopy of it. Deadline for voter registration is on September 30, 2021.

According to Commissioner Rowena Guanzon, the country now has 5.77 million new voters for the 2022 national elections.