Columbia Pictures has just unveiled the first poster art for its upcoming suspense thriller Escape Room: Tournament of Champions. Check it out below and watch the film soon in Philippine cinemas. 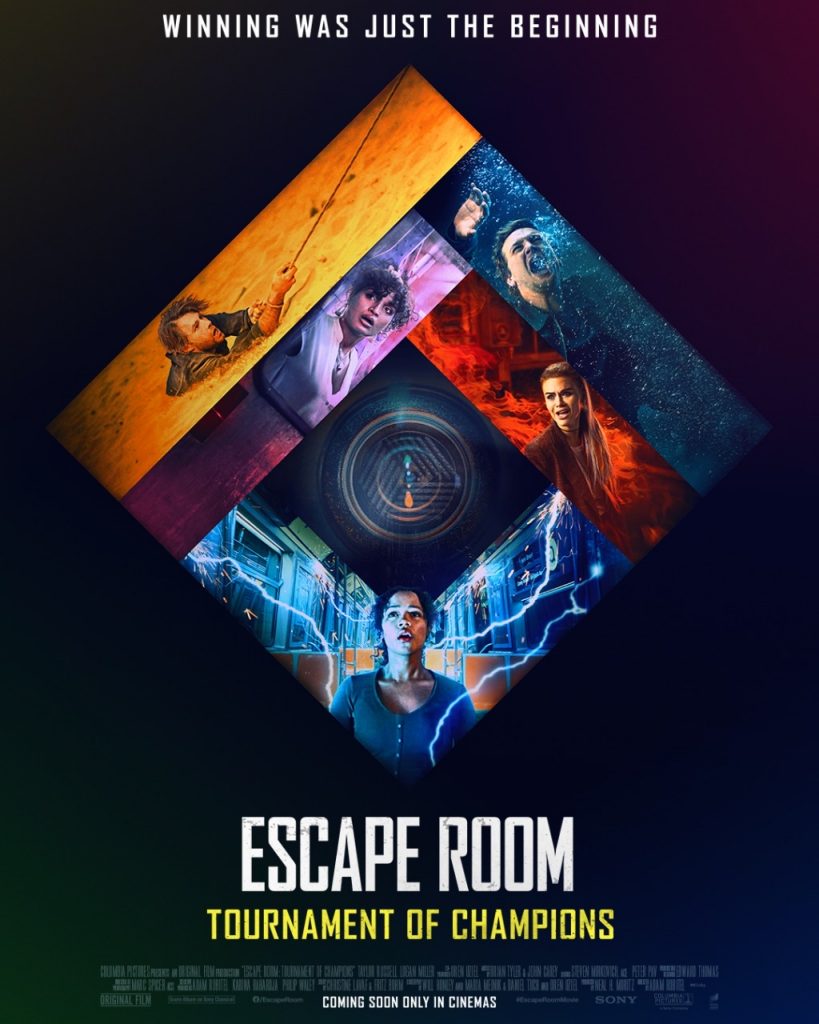 Escape Room: Tournament of Champions is the sequel to the box office hit psychological thriller that terrified audiences around the world. In this installment, six people unwittingly find themselves locked in another series of escape rooms, slowly uncovering what they have in common to survive…and discovering they’ve all played the game before.

The film is produced by Neal H. Moritz; the executive producers are Adam Robitel, Karina Rahardja and Philip Waley.

Escape Room: Tournament of Champions will be distributed by Columbia Pictures, local office of Sony Pictures Releasing International. Join the conversation online and use the hashtag #EscapeRoomMovie