Darren Espanto is all set to showcase his transformation as a singer-performer, shedding off his teenage persona for an edgier repertoire and vibe in his comeback concert “Home Run,” finally happening on June 19 (Saturday) with a rerun on June 20 (Sunday) via KTX.ph, iWantTFC, and TFC IPTV for the enjoyment of audiences worldwide. 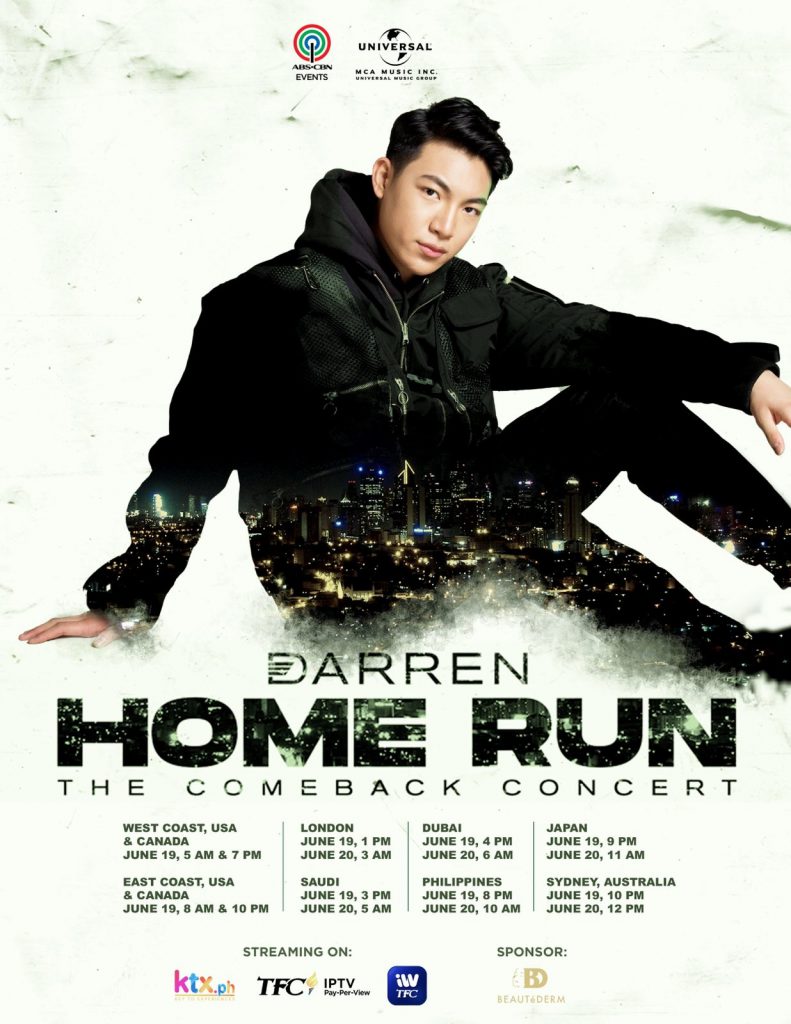 “It’s called ‘Darren Home Run’ because in the past 7 years parang naikot ko na po lahat ng bases in the music/concert scene in the Philippines. So it’s kind of like I hit a home run in this show. I just came back from Canada so I’m very excited,” Darren said.

Initially scheduled on May 30 and 31, “Darren Home Run: The Comeback Concert” was postponed after the multi-awarded young artist was exposed to a COVID-19 positive individual. Now all systems go this month for the grand musical show which is a collaboration between ABS-CBN Events and MCA Music.

The first major solo virtual concert of Darren—who just turned 20 last May 24—will be directed by Paolo Valenciano, with TV direction by Jon Moll and musical direction by Soc Mina. Performances on the show will be choreographed by D Grind.

“This is the biggest virtual concert that I have ever done. Most of the songs that I personally chose for the setlist are close to my heart and may relation din sa journey ko sa showbiz,” Darren teased.

Along with his jaw-dropping vocal prowess and hip moves, the Kapamilya artist promises never-before-seen song numbers that will make him soar to greater heights, which includes his performance of his latest single “Tama Na.”

The track lyrically speaks of unrequited love and having the courage to withdraw from a one-sided relationship on top of a pop, hip-hop, and R&B sound. “I really liked the song instantly. It’s a sound that people haven’t heard from me before and it’s also a genre I’ve always wanted to try,” he said.

Tickets for “Darren Home Run: The Comeback Concert” are still available for purchase via KTX.ph, iWantTFC, and TFC IPTV. VIP tickets are priced at P1,500, available only for the June 19 live show via KTX.ph, with an exclusive access to a Zoom party with Darren. Regular tickets can be availed for P699. 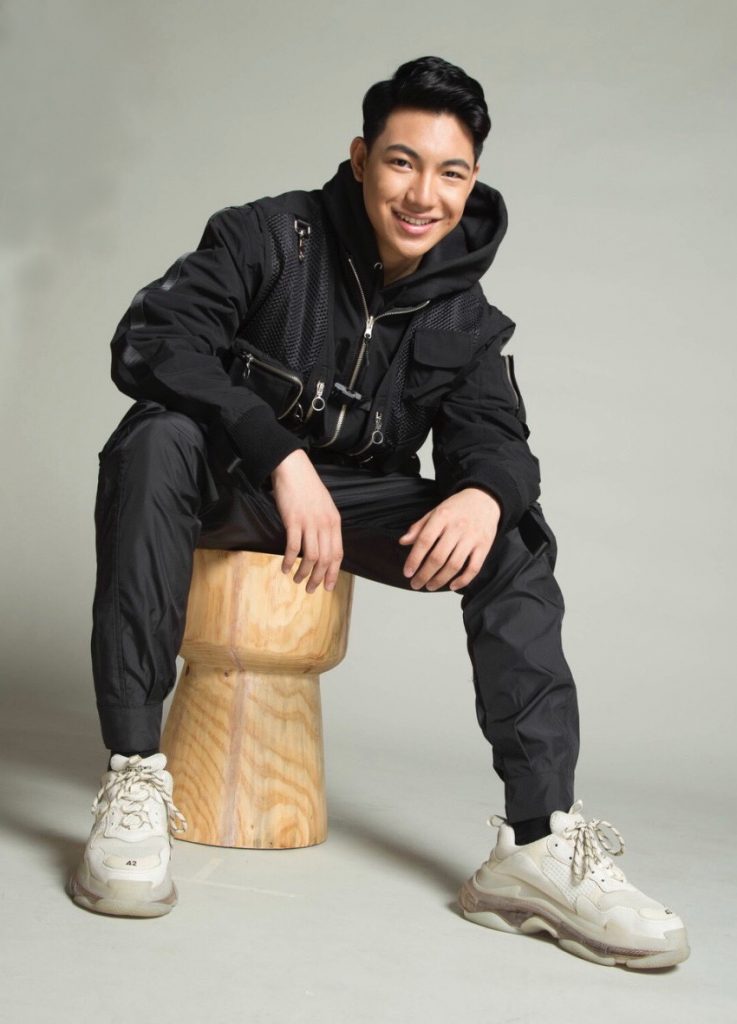 SKYcable subscribers can also experience the whole concert commercial-free and in high-definition via SKY Pay-Per-View on June 19 (Saturday) at 8 pm for only P699. To get the pay-per-view passes, they can visit mysky.com.ph/skyppv or text SKY PPV to 23662.

Buy your tickets now to Darren’s “Home Run” concert happening live on June 19 (Saturday) at 8 pm with a re-run the next day (June 20) at 10 am via KTX.ph, iWantTFC, and TFC IPTV, and listen to his latest single “Tama Na” on various digital music streaming services. For more details, like Star Music on Facebook (www.facebook.com/starmusicph) and follow it on Twitter and Instagram (@StarMusicPH).