ABS-CBN puts a twist on the BL genre with its latest PILIkula edition on Kumu, Youtube and KTX.PH, “Pa-Mine, Pare!,” giving fans the power to choose its lead stars and ending.

Until February 21, fans are given the chance to vote and choose among Star Magic and Star Hunt’s Gian Wang, Eian Rances, Shoichi Oka, Tan Roncal, and Ali Abinal whom they feel should be the episode’s two lead stars. 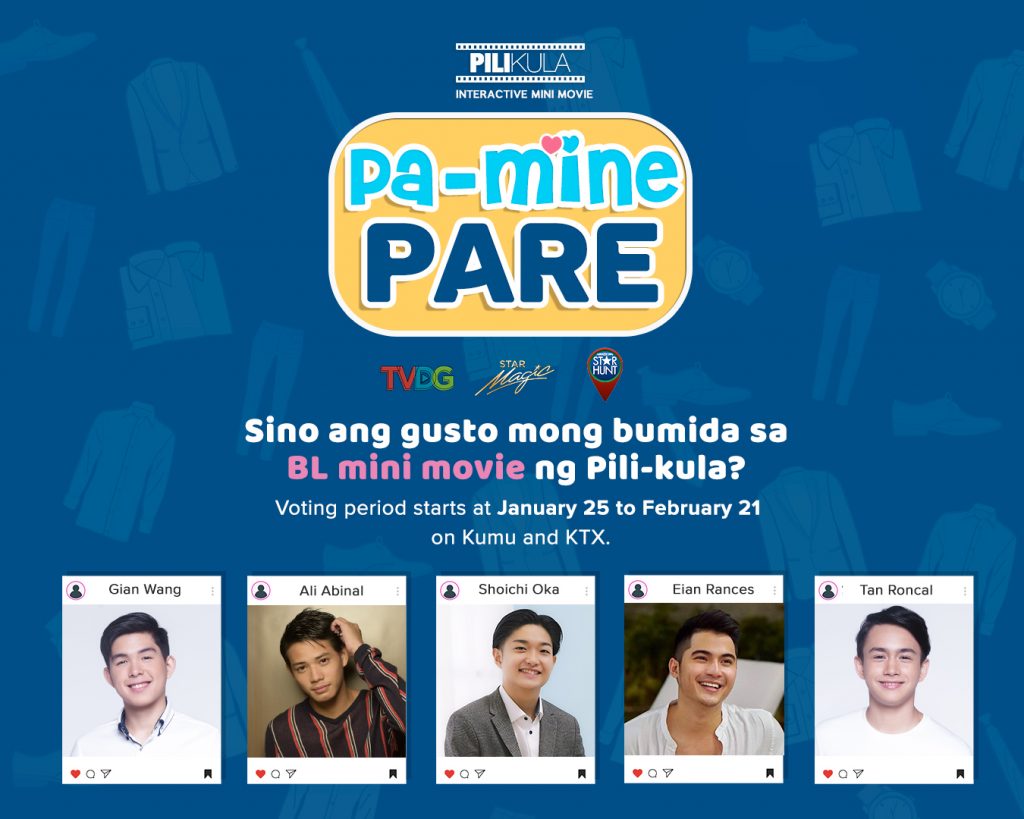 “Pa-Mine, Pare!” will revolve around two boys, Anton and Davie, who have been best friends and business partners for years. But a kiss will reveal something more about themselves—and their relationship.

Viewers on KUMU will also get to know the four boys better by tuning in to their live streams.

“PILIkula” is part of the growing list of digital content of OKS (Online Kapamilya Shows) and is only one of many ABS-CBN TV Digital Group (TVDG) offerings.

Since 2020, TVDG has been creating a series of exclusively online shows for Kapamilyas looking for fresh and original concepts and stories. Among its projects are the iWant Original “TNT Boys”, ”, the online anthology show “Stay At Home Stories”, the interactive show “PILIkula”, the digital documentary “Persona: Jake Zyrus”, the online reality show “Starkada Battle,” and the online talent search “Bida Star.”

Previous ArticleGloc-9 is back with his first indie album release ‘Poot at Pag-ibig’
Next Article Korean Original drama series ‘River Where the Moon Rises’ is now available exclusively on Viu!