Now on its second phase, “Pantawid ng Pag-ibig” delivers food packs directly to communities as it aims to serve 1 million families. As of July 1, the campaign has raised over P425 million in cash donations and pledges and helped more than 820,000 families since the campaign was launched last March.

Hundreds of families in Aeta communities in Tarlac and Pampanga, under the care of Iba Resettlement Organic Garden Association (IROG), Zambales Cooperative Federation (ZACOFED), and JessMag Aeta Community, also benefited from the goods brought to them through “Pantawid ng Pag-ibig.” 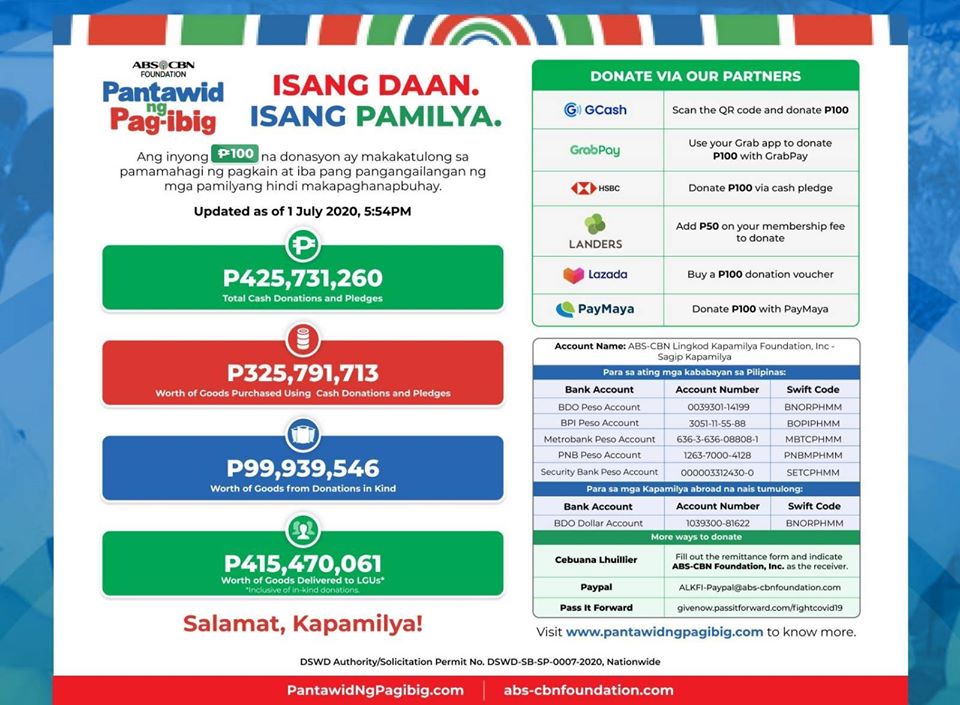 Relaunched as “Pantawid ng Pag-ibig: Isang Daan. Isang Pamilya” this month, the campaign hopes to encourage ordinary Filipinos to help in the fight against hunger by donating at least P100 which can already feed one family. The money raised is used to purchase food and basic necessities such as rice, canned goods, biscuits, and vitamins.