Few hours after the release of the much-awaited song “I Love You 2” of Maymay Entrata on June 26, the song already landed top 1 on the iTunes Philippines chart.

She immediately says thank you to her supporters for making her song landed on the number 1.

Her latest single is also available on music streaming applications including Apple Music, Spotify and Deezer. 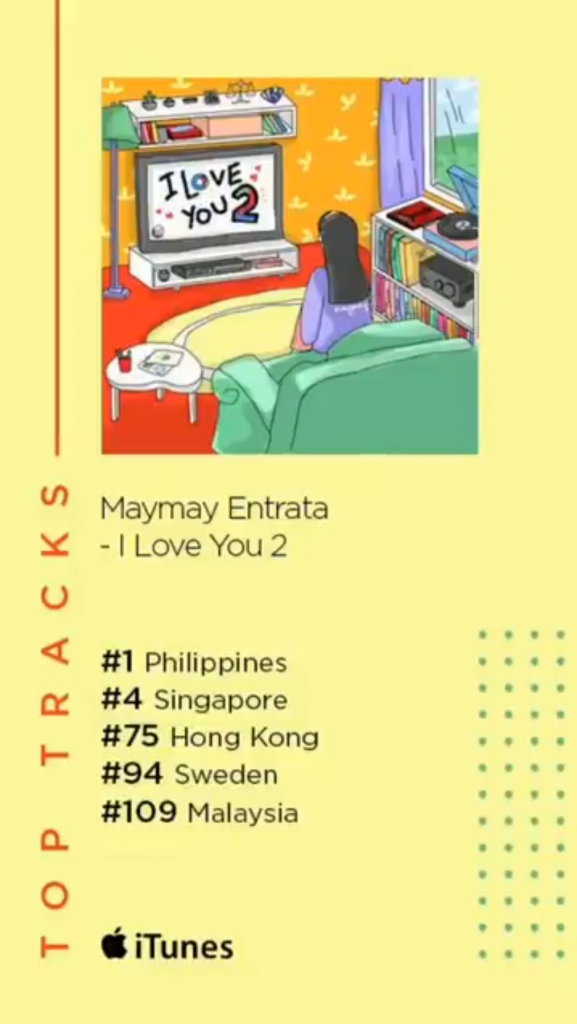 Meanwhile, ABS-CBN Star Music, the producer of Maymay’s “I Love You 2” also uploaded the lyrics video on their YouTube channel.

Lyrics is written Joven Tan and arranged by Tommy Katigbak.

On the eve of the song release “Maymay NewSingleLaunch” trended. Maymay joins the countdown via Instagram live on StarPopPH’s account. As of this writing, “ILoveYou2Maymay ChartTopper” is trending.

Maymay is Pinoy Big Brother: Lucky 7 Big Winner and the other half of the phenomenal tandem MayWard with Edward Barber. Her other top chart songs include Bituin, Baliw , Toinks and Kakayanin Kaya.