Sari Lluch Dalena and Keith Sicat’s “Himala Ngayon” was first released in 2012, a docu on what went on behind the making of the iconic Ishmael Bernal film “Himala,” one of the main features in 1982’s Metro Manila Film Festival.

According to Susan Clair Agbayani of bworldonline.com, “Himala Ngayon” features behind-the-scenes accounts of “Himala’s” stars and production team. “It takes the viewer on a fascinating trip behind the scenes of the making of the film as seen through the eyes of screenwriter Lee, the cast, crew, and even the extras.” 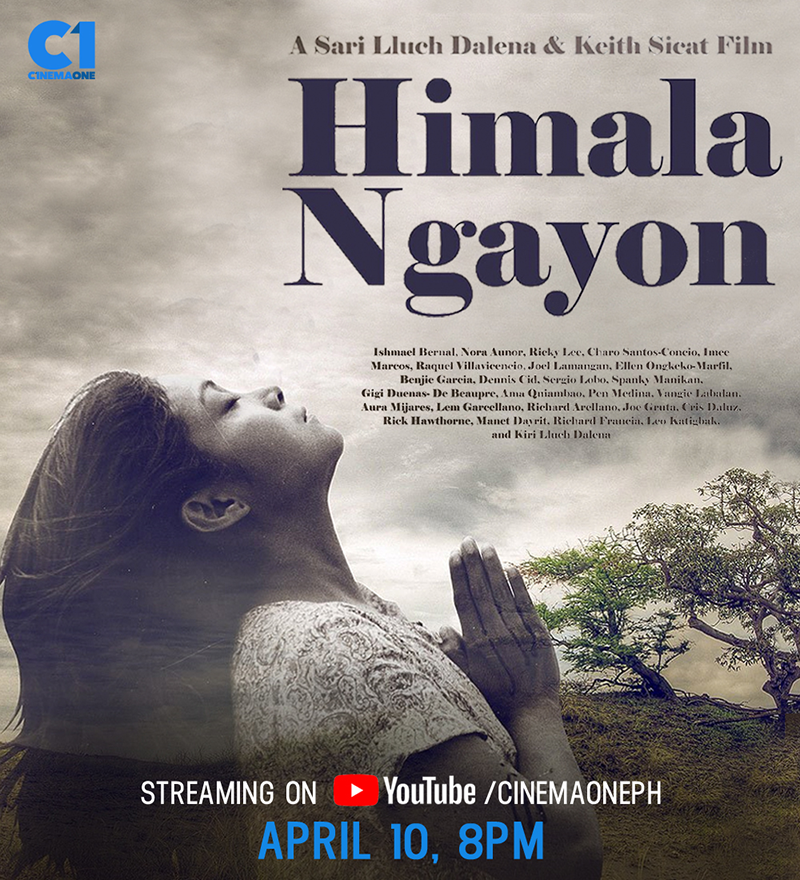 “Himala Ngayon” also showcases the sites where the film was shot. “It shows Sari’s sister Kiri go back to the sites where the movie was filmed and shows how they look now: the house where the “tourists” used to stay, the dorm of the cast and crew — even the swimming pool where they used to unwind after a day’s work — and the site where the virgin appears to Elsa [Nora]. . .,” added Susan.

Discover why Bernal’s masterpiece is considered one of the best Filipino films ever made in “Himala Ngayon,” streaming on youtube.com/CinemaOnePH starting April 10 (Wednesday) at 8pm.