In line with the PETA’s (Philippine Educational Theater Association) 51st Theater Season ender, they going to take us to the year 2020 in the Philippines where the debate for Charter Change is still on-going.

The word charot is a Filipino colloquial term that means “just kidding,” underlines a pun. It is used to downplay an otherwise scathing statement to mere jest. A safe word, it turns its argument on its head, watering it down to avoid the ire of the message’s receiver. 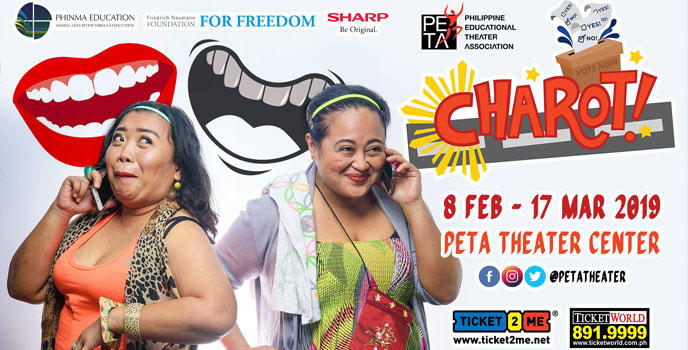 The comedy play with a song will engage the audiences by taking into account an important choice they will make during the play, that will decide how our story unravels.

Because it is a PETA Theater production, we will expect a social-political approach that is an eye-opener for everyone. It will also throw out satire on a leader that showers kisses and calls first dibs on women, where God is painted stupid, and where “knock knock, who’s there” is answered by a gunshot to the head – everything is a joke.

PETA’s “Charot!” provides a platform for discussion regarding the fine print of the proposed Charter Change: the amendments on the freedoms of expression, ownership, and most especially, federalism. What is it and what will it borne in the given context of Filipinos? As a response to the call for unity by breaking the walls between generations and social classes, PETA’s “Charot!” will constantly break the fourth wall to engage audiences in a dialogue, in an aim to rid of what divides us beyond the stage, such political biases, poverty, conflicting worldviews, and more. 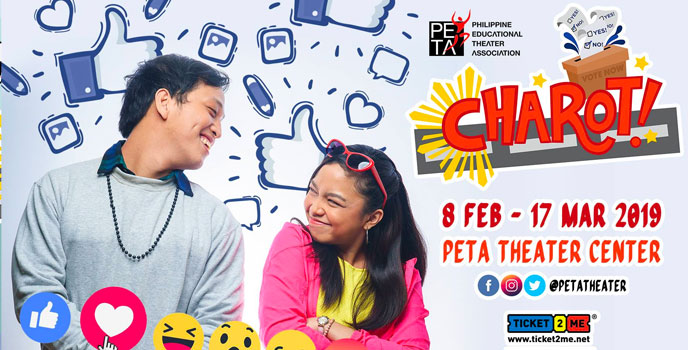