Starting February 20, 2019 at The Theatre at Solaire in Parañaque City, the award-winning Andrew Lloyd Webber musical is back in the Philippines. Thanks to leading digital services provider PLDT and its mobile services arm Smart Communications are once again presenting the world’s most popular musical ‘Phantom of the Opera’ after its sensational Philippine debut in 2012.

Based on the French novel by Gaston Leroux, The Phantom of the Opera opened in London’s West End in 1986, featuring music by Andrew Lloyd Weber, lyrics by Charles Hart, and script by Lloyd Weber co-written with Richard Stilgoe. The 1988 Broadway production bagged a number of Tony Awards, including Best Musical, Best Performance by a Leading Actor, Best Performance by a Featured Actress, Best Direction, Best Scenic Design, Best Costume Design, and Best Lighting Design. 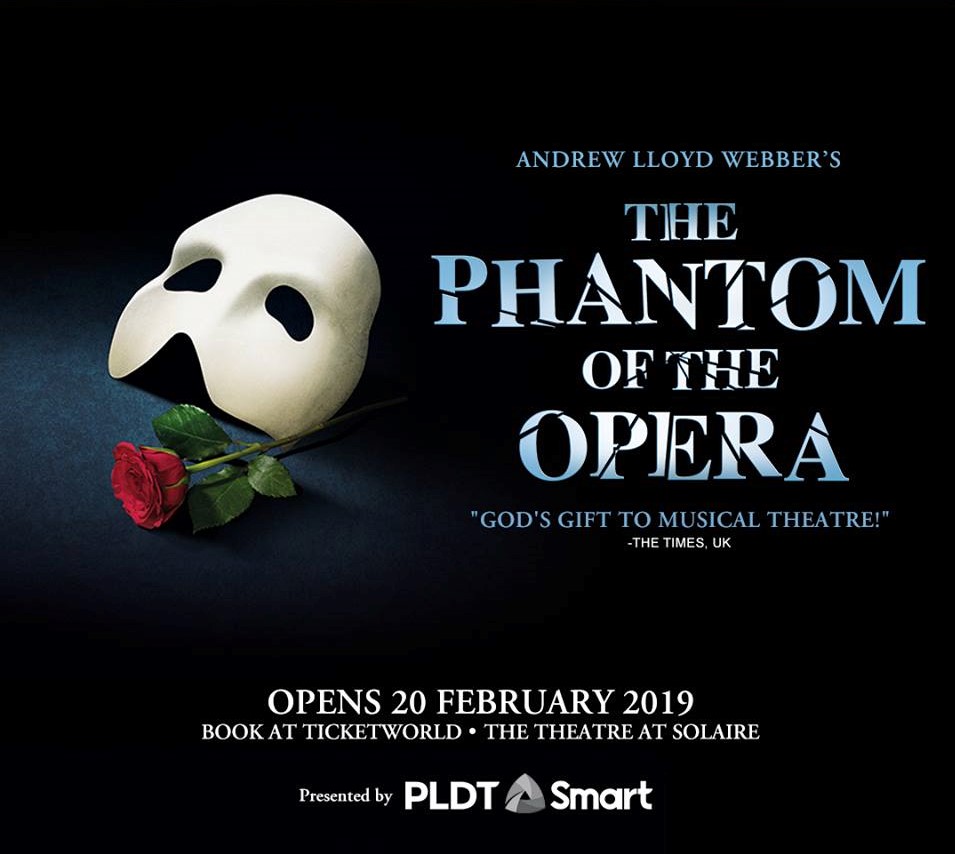 “The Phantom of the Opera put Filipino theatre fans on a spell in its Philippine debut almost seven years ago, and we’re thrilled to be able to bring back the legendary musical for more Filipinos to enjoy,” said Oscar Enrico A. Reyes, Jr., Senior Vice President and Head of Consumer Market Development for PLDT and Smart. This is one of the ways PLDT and Smart go beyond simply delivering world-class digital services and provide epic entertainment experiences for our beloved subscribers,” he added.

The ‘Phantom of the Opera’ is presented in Manila by Concertus Manila and produced by Lunchbox Theatrical Productions. The musical adds to a string of world-class musicals that PLDT and Smart helped bring to Filipino audiences, including ‘Cats,’ ‘Chicago,’ ‘Wicked,’ and ‘Les Miserables.’